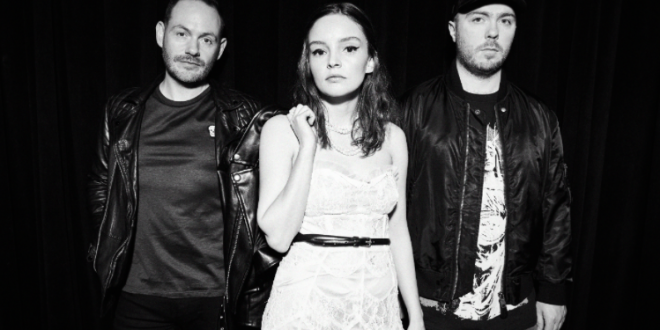 Having already announced festival dates earlier in the year, Scottish electro-pop trio CHVRCHES are adding a North American tour to their already extensive list of shows supporting the release of their new album, Love Is Dead, out May 25th (Glassnote Records). This is the first time since forming the band, that CHVRCHES will tour with a live drummer. The fall tour will begin September 20th at San Diego’s Open Air Theatre, and visit venues across North America, including Seattle’s Paramount Theatre, St. Paul’s Palace Theatre, Asheville’s Thomas Wolfe Auditorium and Boston’s Orpheum Theatre. See all tour dates listed below. Tickets go on sale 10:00 a.m. local time on Friday, April 27th. The band is teaming up with Plus 1,with $1.00 from each ticket benefiting Girls Rock Camp. Visit www.chvrch.es for more info.

CHVRCHES have shared four songs from the new album, with most recent single “Miracle” being described by Rolling Stone as a “Colossal … thunderous” track. Click to listen to “Get Out”, “My Enemy feat. Matt Berninger” and “Never Say Die”. Pre-order the album HERE.