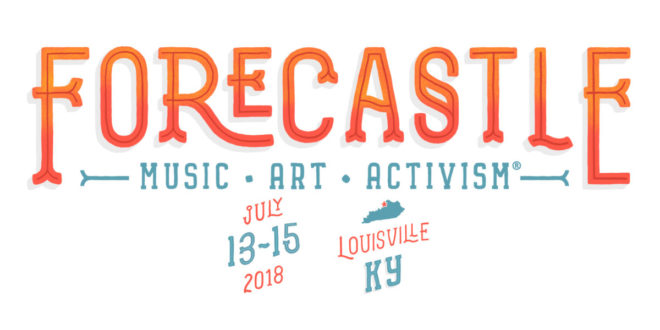 The three-day celebration of music, arts and activism will take place at the award-winning Waterfront Park, a sweeping green space on the banks of the Ohio River framed by the skyline of downtown Louisville, KY.

Additional musical acts include Jason Isbell & The 400 Unit, Houndmouth, The War on Drugs, Father John Misty, Vance Joy, Courtney Barnett, NF, Jimmy Eat World, Kurt Vile and the Violators, Louis the Child, T-Pain and many more. A full list of confirmed artists from the lineup can be found below.

Weekend passes are now available via ForecastleFest.com and all Ticketmaster outlets, with a limited quantity starting at $149.50 plus fees. Payment plan options and full details for all ticket types can be found at ForecastleFest.com.

Forecastle’s acclaimed Kentucky Bourbon Trail outpost, The Forecastle Bourbon Lodge and The Gonzo Bar, an artistic bar experience commemorating the legacy of Gonzo journalist and Kentucky Bourbon aficionado Hunter S. Thompson, will return with a full lineup of Bourbon offerings from across the Commonwealth, Bourbon education, Bourbon-inspired culinary experiences and much more. More information and expansion details of the fan-favorite Bourbon Lodge, Kentucky Landing and Party Cove areas; daily tickets; and Bourbon lineups will be announced in the coming months. For the latest updates from Forecastle Festival, fans can visit ForecastleFest.com, Facebook, Twitter, Instagram, and sign up for the Forecastle newsletter.

Listen to the 2018 Forecastle Festival lineup playlist on Spotify.

*Drink tickets not included in Bourbon Lodge membership, must be 21+ to drink alcohol.

**Event is 18+, a valid photo ID will be required for entry.