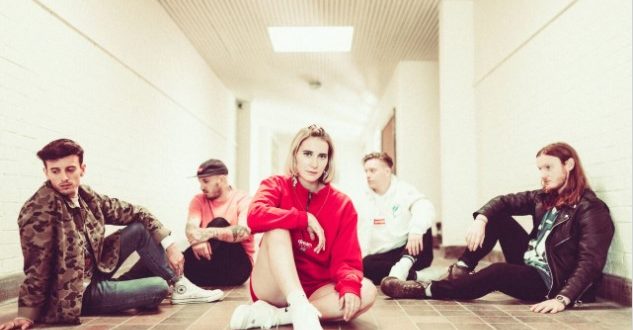 Fickle Friends have announced a string of North American tour dates in support of their highly-anticipated debut album You Are Someone Else. The Brighton five-piece will play Rough Trade Records in Brooklyn, New York before bringing their bops to California for a pair of shows in Los Angeles and San Francisco at The Echo and Rickshaw Shop respectively.

The debut full-length, which flawlessly captures both the uncertainty and excitement of growing up as a millennial in modern times, is set for March 16th, 2018 release onInterscope Record. The album will feature the band’s five previously-released bangers about addressing social awkwardness, self-doubt, anxiety and the qualms of growing into young adulthood, “Hello Hello,” “Hard To Be Myself,” “Swim,” “Glue” and “Brooklyn,” which will join a prism of eleven perfectly-timeless unreleased pop tracks to create the sixteen song full-length.

The new album represents the unflinching build that Fickle Friends amassed throughout 2017 and is a declaration of intent toward their goals of an unwaveringly successful 2018. With previous singles gathering a collective 28 million streams on Spotify and praise from Pitchfork, Nylon, and Paste, You Are Someone Else capsulizes what Stereogum has already described as “infectious” and Noisey called “a sparkling slab of indie-pop.”

Tags Fickle Friends north american tour You Are Someone Else

Previous Dead & Company Announces 2018 Tour
Next Mahogany Lox Premiers Video for New Single, “It Is What It Is”