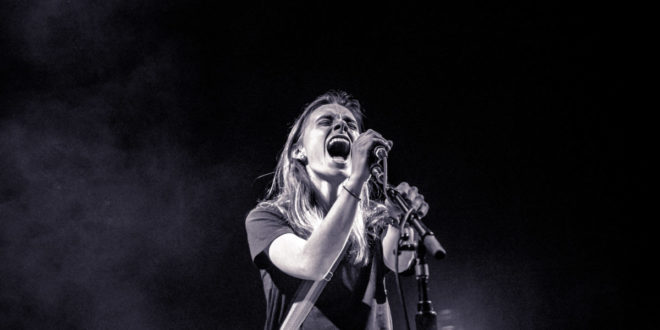 Gallery & Review: Julien Baker at The Fillmore in San Francisco

Indie singer-songwriter Julien Baker brought her “Turn Out The Lights” tour to The Fillmore, San Francisco’s historic music venue. Joined by openers Adam Torres and Half Waif, Baker treated the audience to her quintessentially intimate and fiercely beautiful style.

The almost barren stage was a fitting complement to Baker’s performance: a keyboard and several naked flickering light stands were all that adorned the set, a simple arrangement to match the deceivingly unassuming appearance of Baker herself. Housed within Baker’s slight frame is a voice so powerful, so raw and versatile and pulsing with emotion, to attract listeners to her songs like moths to a flame. Indeed, as soon as Baker walked onstage and strummed the opening notes of “Turn Out The Lights,” the audience already packed onto the venue floor inched forward, a seemingly unconscious need to be closer to the source of the music.

Throughout the set, Baker cycled through an electric guitar, an acoustic guitar, and a keyboard as her accompaniments, but her voice remained the indisputable standout. Baker’s control is remarkable, a quietly glimmering voice capable of a startling and intoxicating power. In many of the night’s songs, Baker held the reins tight to her chest, waiting to unleash an emotional crescendo until just before the song’s conclusion.The audience responded in kind, with enthusiastic cheers on the heels at each of the final notes.

The depth of feeling Baker instills into her lyrics cannot be underestimated, and was evident with each electrifying moment when she allowed the full intensity of her voice to puncture the previous stillness. One of the night’s highlights, “Happy To Be Here,” heavily featured such moments of raw emotion. It was one of many performances of the night that lent itself to Baker’s almost ethereal presence. Illuminated by a single, hazy spotlight, Baker implored “then why, then why, then why not me?”, steadily building to a grand, shimmering note to conclude each chorus.

By the night’s encore of “Go Home,” a haunting piano ballad from her first album, the crowd was completely entranced by Baker. The somber intensity, a gentle voice breaking with passion and ringing through the still air, left the crowd in wrapt attention, whole-heartedly singing along to Baker’s sorrowful, poetic words. 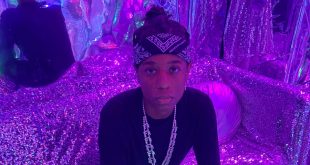