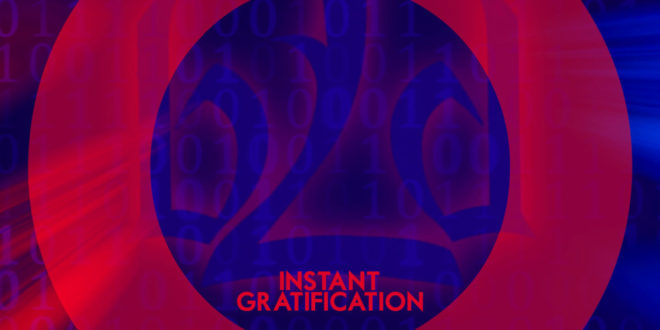 Whether you’re a fan of hot, kid friendly video game Minecraft or not (or if you happen to have a child obsessed with it and so have to tolerate it), the game’s impact on the cultural landscape is inescapable. So it’s no surprise that when South Dakota based electronic rock band Blacklite District decided to drop a second, Minecraft themed music video for their already popular single “Cold as Ice,” off of their September released Instant Gratification, it EXPLODED, with over 15 million views in just 4 months.

Not that the original video hasn’t pulled some impressive numbers, with several million plays of its own as well as support from hardDrive’s DJ Lou Brutus.

Blacklite District follows no rules. With sounds of everything from electronic, EDM and hip hop, to hard rock and alternative, the band truly stands out from the pack of what has becomes today’s generic sounding “Active Rock”. Formed in 2012 by Kyle Pfeiffer and Roman James, ages 12 and 11 respectively, the band grew organically in their local music scene through the years to come. In 2011, BLD was discovered by Grammy Award-winning producer, Stephen Short (Paul McCartney, Queen), which resulted in a 10 day recording session at the world’s largest residential recording studio, Sonic Ranch, just outside of Mexico in Tonillo, TX. The group re-located to Los Angeles and played some of the most famous venues in the world for the remainder of 2011.

In 2013, the group released “With Me Now” as the lead from it’s debut album Worldwide Controversy. “With Me Now” immediately went to #1 on SiriusXM channels Octane and Faction, hit the Top 40 on Billboard’s Mainstream Rock Chart (#32), and sold 100,000 copies. BLD went on a very successful US tour with Saving Abel in Jan-Apr 2014, with 26 of those shows SOLD OUT. After a legal battle with their management and record label, Blacklite District went on hiatus in late 2014.

On August 23, “The Struggle” was release to radio and To Whom It May Concern went for pre-order at digital retailers. Revolver Magazine premiered the music video for “The Struggle” on August 25. The band also announced a 41 date tour called “The Struggle Is Real Tour”. Blacklite District released a Nightcore remix of “The Struggle” to YouTube on September 6, which got over 2,000,000 plays and resulted in the single breaking the Top 40 on Billboard’s Mainstream Rock Indicator chart at #36.

One month later, on October 6, the group released a Nightcore remix of “We Are The Danger” which got over 400,000 plays on YouTube. A couple of weeks later, the band released “Broken Souls” to radio, as well as a Nightcore remix which resulted in 500,000 plays and hitting #30 on the Billboard Mainstream Rock Indicator. This was the second song in the month of October to break the Top 40 (along with “The Struggle.”)

“The Ghost of You and Me” was released as a music video and a Nightcore remix on December 28, 2016. The song was yet again a success for Blacklite District resulting in 400,000.

On February 24, famed radio DJ Lou Brutus posted the bands video for “Cold As Ice”, which was released the same day. The song scored a whopping 350,000 streams in its first week alone, and as of May 2017, has over 3.5 million combined views on YouTube. “Cold As Ice” serves as the second single from Instant Gratification. In the summer of 2017, “Cold As Ice” was added to Spotify’s “Rock Hard” playlist, and was put into rotation on SiriusXM’s alternative channel Faction. In October, “Cold As Ice” was added to rotation on SiriusXM Octane, and it’s Minecraft music video has over 10 million views on YouTube. There are about 4 videos about a Herobrine invasion with zombies and “nether watchers” and how the main character, a player in a blue suit, survives. There are 4 songs in total in the order of The Struggle, Cold as Ice, We are the Danger (possibly not from Blacklite District), and Just so you Know.