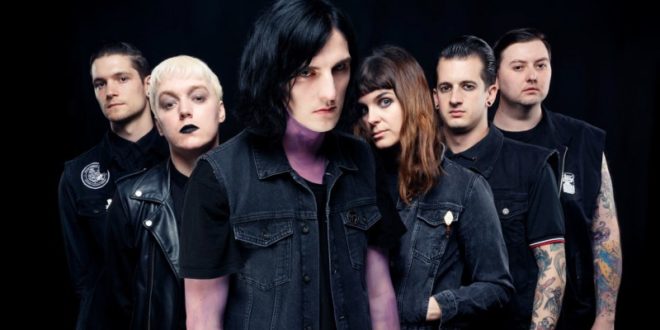 After the success of their debut album, creating an intriguing world of James Scythe, The Stranger, and The Callous Heart, and inviting the listener to be taken along with them on this interesting concept, it’s exciting to see if this whole story can be translated to CREEPER’s live shows, and how the live performances of these songs can be woven into this concept. And at a venue like Albert Hall, with its grandiose design, it seemed like the perfect place to put on their Theatre of Fear, masquerading as the 60th anniversary of the Southampton World Fair. Did they pull it off?

Firstly, the support bands, starting with Nervus, hailing from Watford. All the members seemed to really enjoy performing, even the keyboardist was dancing around to the music, and listening to it, it’s easy to see why. Very strong lyrics contained throughout the whole setlist, and got the crowd moving for them, which is a difficult task in itself for the first support band. Whist the music seemed a little slow, it still contained very good instrumentation, and was all enjoyable to listen to. Next was Can’t Swim, from Keansburg, New Jersey, and they also did really well, better than many people expected that night! All the members, especially their drummer, had a lot of fire and energy, and performed musically intricate and lyrically intriguing songs – all of the audience were getting into the band, and even started moshing to almost all of the songs. Like Nervus, Can’t Swim are a band that people should see again, as they’re very enjoyable. The final of the support bands was Microwave, from Atlanta, Georgia. They have something there, some good songs, but it seemed like something was off as the band seemed to have less energy than the previous bands, and sounded quite monotonous. The audience didn’t get into them as much as with the other two bands, which was disappointing to see. Perhaps another gig with them to see more of what they’re like would help, but first impressions were not great.

Then, the headliners, CREEPER, came on. But before they did so, the characters of James Scythe and Madeline presented the concept, fitting the show into the main story from the album. The actual performance from the band was very good – Will Gould is an outstanding frontman, even with moments of call and response, as well as interacting with the audience in between the songs. Songs like “Down Below,” “Allergies,” and “Crickets,” sung by keyboardist Hannah Greenwood, were standout songs of the night, as well as the finale songs, “I Choose To Live,” and “Misery”, and the crowd-demanded addition of “VCR”, which was performed really well, even though it was added in that moment.

Overall, the Theatre of Fear is a tour that is going to be remembered for all the right reasons; whilst not every support band hit it out of the park, the atmosphere that all of them brought to the night is unforgettable – great music throughout, with energetic performers, and entertaining pieces in every band’s set. Each of them have merit that warrants another show to see them again, especially with this show tying into the concept from CREEPER, it will be interesting to see where this takes them next.

CREEPER’s debut, Eternity In Your Arms, is OUT NOW! 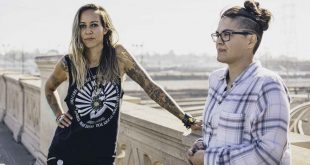