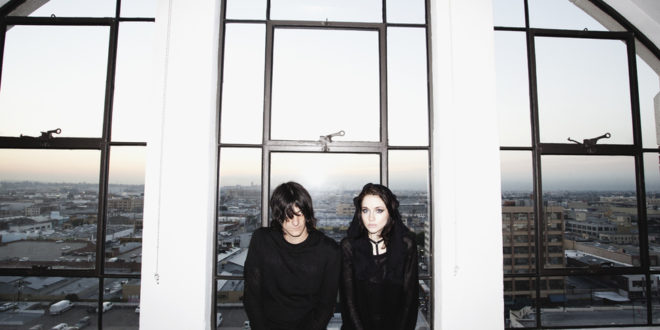 MXMS Share “Something In The Way” (Nirvana Cover) Video

The 405 has premiered the new track from MXMS entitled “Something In The Way”, which is a cover of the Nirvana song from their 1991 hit album Nevermind. When talking about the track the duo says,“‘Something in the Way’ is our favorite piece of Kurt’s writing. The numb, submissive feeling has been glue for other frightened humans like us. Our re-creation of the song is our interpretation of Ariel’s daily cyclic journey through mental illness, depression and the drugs that sometimes work. The song is meant to postpone the inevitable face-to-face with reality that’s en route.”

You can find the song on all platforms here!

“Something in the Way” by MXMS was originally created specifically for the band to perform live because its singer Ariel’s favorite song.  But in 2016 the band paid a visit Kurt Cobain’s home in Seattle, WA and spent the afternoon in deep reflection beside the park bench where Kurt wrote many songs and poems, in deep reflection. The weight of standing on the same grass as one of the most creative and visionary artists and songwriters of the world was a powerful and unforgettable experience.

Returning from their trip, MXMS was inspired to complete their more extensive recording of “Something in the Way.” Sonically Ariel & Jeremy interpreted the song with the MXMS “funeral pop” sound and style; using a Moog Taurus II analog bass synthesizer and a huge live kick drum with our pianos.  Something in the way was produced and mixed by Jeremy Dawson, mastered by Dale Becker and is slated for release November 14th, 2017.

Accompanying the single release is a stunning visual interpretation of the single by Los Angeles based indie film maker Chris Kostrazak. The visual was written, directed, and edited by Chris and shot by DP Jeff Berlin.