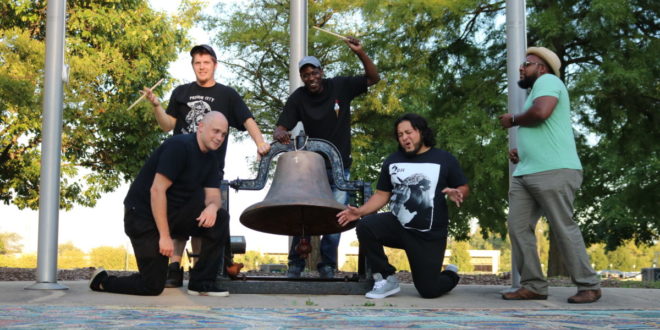 America has a bonified hit artist that has now emerged on the scene and JESSE DE LA CRUZ intends to dominate the world of bands. This artist is not just your ordinary artist, he is an extraordinary diverse talent! JESSE is a collaboration of 4 unique elements; Determination, Swag, Street Smarts, and Hunger. JESSE DE LA CRUZ was born July 24, 1989 in Joliet, Illinois, about 40 minutes outside of Chicago where he still resides. Troubled with incarcerations from the ages of 18 to about 23 years old, Jesse experienced the opposite side of success. Taking life lessons from mistakes made, Jesse has mentally challenged himself to settle for nothing less than earned success and power within the music industry! Besides music, this naturally talented leader has a great band that goes by the name B.O.C (Box of Chocolates)! Sure to capture audiences for years to come, this phenomenal group is set to compensate the urge of listeners worldwide with great music experiences. Being inspired by some of the legendaries such as Lenny Williams, Marvin Gaye, Led Zepplin, The Beetles, 2Pac, BIG, Michael Jackson, Prince, Jesse from The Neighbourhood, etc., and today’s current artists like Bruno Mars, Adele, John legend and Childish Gambino, he maintained to create a new satisfying sound. Jesse and his crew has opened up shows for Fat Joe, Frankie J, Rehab, Buck Cherry, Twista, Bone Thugs, TECH 9, 3-6 MAFIA and more. Now with him expanding to seek broader opportunities, JESSE now has teamed up with the new 160 ENTERTAINMENT AND MANAGEMENT Group which consists of experienced professionals and almost 2 decades of flawless accomplishments in different industries. His music content and beat selection is a mix of hip hop/new school with an old school twist as well as appealing to pop and rock cultures. His live shows exemplifies a pounding non-stop energy accompanied with hard pounding beats and catchy metaphors that the crowds seems to always enjoy. This artist JESSE is a real force to be reckoned with. Look out for his Mixtape “To Be Announced” and album named “B.O.C”, along with the first 2 singles called “Be A Star” and “Coming Home Tonight”, which will be announced right before fall of 2017, as well as many more EP’s and projects to come. JESSE IS GUARANTEED TO SURPRISE THE MASSES!

Stephen Vicino is the founder of MusicExistence.com. He created this site to give talented musicians a voice and a way to be discovered.
@@svicino
Previous Genre Confusion Never Sounded So Good as Norway’s WAC
Next Queer-Pop/Rock Band ECHO BLACK Premieres “DAWN”