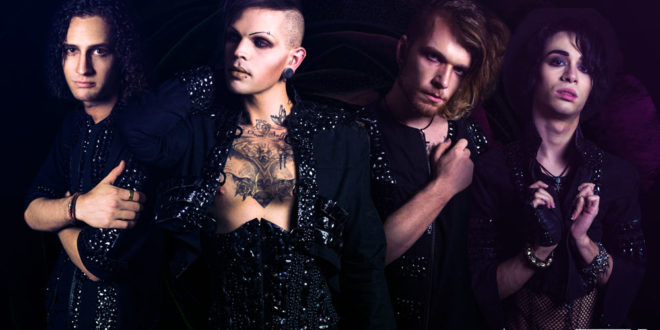 Pop/rock band Echo Black is proud to be back and unveil their newest single and music video for “Dawn” off their upcoming album of the same title. The band teamed up with Walter Dicristina and Axel Otero to record the song and recruited Chris Newhard (Sia, Jessie J, Train)  to bring the track to life. After premiering their last video for “Chemicals” which was produced by Matt Squire (One Direction, Kesha, Ariana Grande) as well as Andros Rodriguez (Shakira, Justin Timberlake) and also directed by Chris Newhard on Billboard, the band met and exceeded their goal on Indiegogo raising over $13,000 to fund their new release. Dawn is set to drop on Friday, October 13th. Fans can now watch “Dawn” on AXS, here or below.

When asked about “Dawn,” vocalist Danny Blu said: “We’ve turned a corner here. This song and video mark the start of a new era for Echo Black. And it humbles us everyday to know that the fans helped us make this happen. To put it plainly: we’ve been working on this for a very long time now and we’re excited, anxious, and a little scared to release it all. New music, new videos, new tours… Echo Black has a lot planned. So we hope you enjoy sound of the starter pistol as much as we enjoy pulling the trigger.”

All of Echo Black’s makeup is sponsored by MAC Cosmetics. Danny Blu​ ​was also featured in Huffington Post Queer Voices along with a B-side track dedicated to hi​s boyfriend​ (​founder of Material Memorie​)​. The band may seem like they came out of thin air but have been working tirelessly since they rose to fame after launching their breakout track “Perfect” featuring Telle Smith from The Word Alive. “Perfect” initially premiered on Alternative Press and the band later unveiled the official video on Fuse.

New York City-based pop/rock foursome Echo Black is comprised of members whose musical inspirations range from basement punk to Frank Sinatra, and everything in between. The boys credit their unique, catchy, pop-flavored sound to their writing process; echoing one idea off another and, bouncing components around until the song begins to speak to them. Danny Blu (vocalist) and Billy Long (drums, keys) have roots that go back as far as the high school marching band. They picked up Felix Skiver (guitar, vocals) and Rob Gnarly (bass, vocals) along the way and have been inseparable since. As if their blood-pumping music wasn’t enough, their live show is something you have to see to understand. Nothing short of an electrical storm of energy, Echo Black is not an act to be missed. 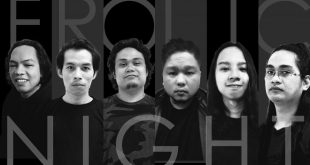 Echo Black Release Official Music Video for “Dawn;” The Turn It To Eleven Tour with City of the Weak US Dates Announced! 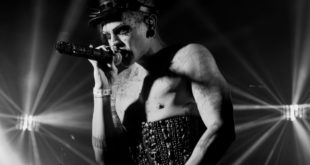