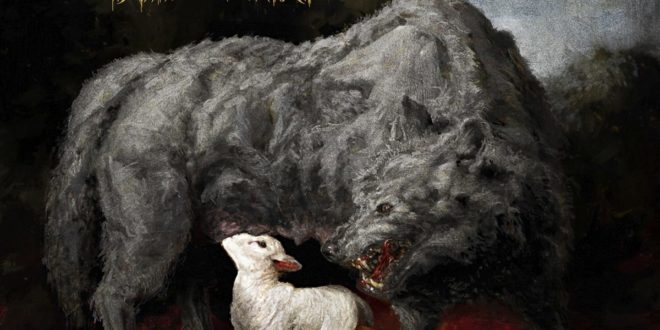 Renowned deathcore act Thy Art is Murder have returned with their fourth full length album Dear Desolation, a project that continues the band’s savage sound. While Thy Art is Murder carry the deathcore label, their sound brings more to the table than the basics of that genre. The band incorporates styles ranging from doom metal and more straightforward death metal, proving that they are an evolving act.

The opening track “Slaves Beyond Death” fully signifies the vicious style the band puts forth. The grating guitars and frenetic drums pair well with Chris McMahon’s dry, raspy vocals. It’s a rhythmic, almost tribal opening number that features some engaging chants towards the very end. This gloomy aesthetic continues on the following track “The Son of Misery.” This song has a slow and menacing start. The steady, pulsing percussion lays out a nice platform for McMahon’s once again visceral vocals. These combined tracks create a foreboding tone to begin the album. They focus more on atmosphere rather than sheer brutality, similar to an act like Behemoth. The energy quickly picks up on the third track “Puppet Master.” This track opens with a twangy guitar lick reminiscent of Ministry. The song then transitions into more destructive instrumentation paired with some truly unrelenting vocals. It’s one of the most hard-hitting moments on the record and showcases one of the band’s more straightforward deathcore contributions.

Dear Desolation also has more accessible moments that should appeal to fans outside of the divisive deathcore genre. Tracks like “Man is the Enemy” and “The Final Curtain” feature some groove metal elements, particularly in their guitar riffs. The almost catchy instrumentation feels similar to Lamb of God due to the rhythmic yet explosive nature. Other tracks like “Death Dealer” and “The Skin of the Serpent” embrace an almost doom metal presentation. The Behemoth vibes are present once again as these songs focus on a slower style that builds tension. The instrumentals carry an almost ambient quality while the vocals remain deep and guttural. Tracks like these prove that Dear Desolation is far from a typical deathcore project. It’s a dynamic LP that pays tribute to many different types of metal.

That being said, Dear Desolation still has some standard gripes found within the deathcore genre. Mainly, parts of the album feel overly similar. Tracks like “Dear Desolation” and “Into Chaos We Climb” feel like cookie-cutter songs for the genre. These tracks feature standard speedy hardcore percussion, crunchy riffs, and eventually reach a breakdown towards the end of the run time. This isn’t inherently bad though it definitely feels like they’re sticking to a safe formula, especially when put in between the more daring previously mentioned tracks. These filler moments feel as if they are adhering to the expectations within the deathcore genre rather than expanding upon more varied aspects of metal.

Despite the occasional genre cliches, Thy Art is Murder came through with a diverse enough project that should appeal to fans both inside and outside of their genre. This album features enough deathcore elements to please followers of the genre though it carries broader stylistic changes in order to not feel overly familiar. Dear Desolation is a gruff listen that bolsters an assortment of tracks that many metal fans can sink their teeth into.

Cain Miller is an aspiring writer who hopes to work his way up and gain notoriety for his material. Having written about film, television, music, and sports, Cain is always looking to gain as much experience as he can and continue to improve his writing abilities.
@cainemiller
Previous Rising Pop Star Anna Mae Lists Her 5 Most Influential Pop Albums
Next Alter Bridge Release Live Version of “Metalingus,” Detail Upcoming Live Album