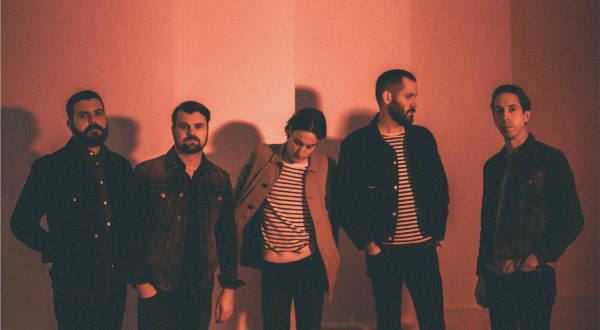 Ontario,  Canada’s  post-hardcore  heavyweights, Silverstein have released a new video for song ‘The Afterglow’ which is taken from recently released new full length, Dead Reflection, out now via Rise Records.

Dead Reflection is Silverstein’s eighth full length,  a  feat  reached  by  very  few  bands,  especially  within  the  heavy  music world where youthful  fire and aggression  is often finite. Silverstein,  however, have  always  been  an  outlier,  and Dead  Reflection proves  that  the  band  still has plenty  of  fight left. The band  pushed themselves harder than ever  before resulting  in  an  album  the  takes  all  of Silverstein’s  strengths–pummeling  riffs, explosive  dynamic  shifts,  and  hugely  anthemic  choruses — and  ramps  up  the intensity,  demonstrating  exactly  why Silverstein remain  at  the  top  of  their game over 17 years into their career.

Silverstein have always managed to be completely comfortable in their own skin while never being afraid  to grow, however, the evolution from Ontario basement  shows to touring the world over and selling over a million records hasn’t  always  been  easy. Dead  Reflection finds Silverstein once  again fuelled by the darkest of times. After finishing a gruelling touring cycle in support of 2015’s I Am Alive In Everything I  Touch, vocalist Shane Told found himself at his  lowest  point. Told related, “I was not in a good place a  year ago. This record tells the story of how broken I was, how I found myself on a path of self-destruction, and how I had to fight to get my sanity and happiness back”.

The band are no strangers to utilising the hardest parts of life to power their creativity and Dead Reflection is undeniably as harrowing as it is cathartic, but for Silverstein there is no settling, no stopping, and they give nothing less than everything.