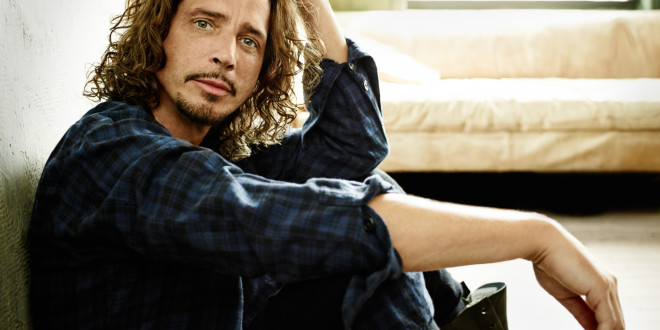 Multi-Grammy® Award-winning, Golden Globe nominee Chris Cornell‘s official music video for his song “The Promise” was released yesterday morning by Survival Pictures. “The Promise” was Cornell’s last release prior to his passing.

“Chris Cornell was not only a dear family friend for many years, but he was also a once-in-a generation talent who is missed more than words can convey. It was such an honor to collaborate and partner on The Promise over the years, said Eric Esrailian, Producer of The Promise and Co-Manager for Survival Pictures. “His music and lyrics will not only shine a light on the Armenian Genocide and the human rights crises of modern times, but they will also inspire people and provide hope for years to come.

Esrailian added, “Although it is bittersweet because Chris filmed his performance in Brooklyn, NY shortly before his passing, he wanted his video to be released on World Refugee Day, and he was passionate about helping people through this project. True to Chris’s charitable spirit, he made a commitment to donate all of his proceeds from The Promise to support refugees and children, and to further the conversation about the refugee crisis the world continues to endure.”

At the time of the song’s release Cornell said, “The Promise” to me is mainly about paying homage to those we lost in the Armenian Genocide, but it’s also about shining a light on more recent atrocities. The same methods used in the Armenian genocide were used to carry out crimes against humanity in Bosnia, Darfur, Rwanda and right now in Syria on multiple fronts, contributing to a massive global refugee crisis. Unfortunately, the words ‘never again’ seem like just words when we recall these mass executions of the twentieth century, as well as renewed racism and prejudice around the world. Even in the US, the warning signs – isolating groups based on race and religion – are evident. We really need to tell these stories and keep telling them in as many different ways as we can. As humans, we have a tremendous capacity to trudge ahead in our lives and not look at the difficult and challenging moments… but I think it’s important. Educating ourselves on the past is the best way to understand the present and avoid future atrocities by understanding and intervening. We must educate and stand as one to combat this fear and violence, and as citizens of the world, work to protect each other’s human rights.”

In April 2017, Cornell and his family toured refugee camps in Greece and it was there that they decided The Chris and Vicky Cornell Foundation would focus its efforts on child refugees and the issues affecting them including education, health and human trafficking.