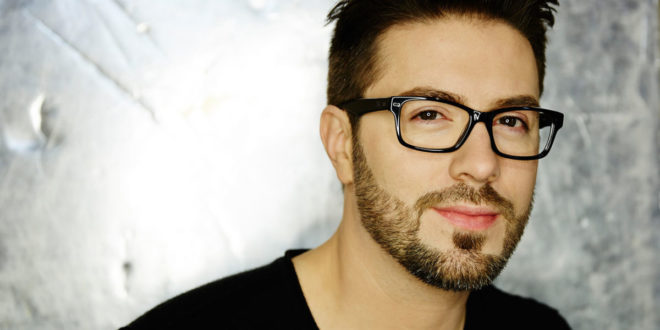 Danny Gokey has reinvigorated his career path to newly substantial levels. Originally a finalist on season 8 of American Idol, the Gospel-influenced singer/songwriter became so amid the loss of his first wife, Sophia. From initial trials of tragedy to eventual triumph, Gokey has continually crafted a pop sound all his own, comprising what he calls “entertainment mixed with hope.”

In fact, Gokey’s return-to-form album, appropriately titled Rise, retains the nuances of this sound—anthemic vocals and synth hooks, spiritual and personable themes, and a wealth of melodic focus. I caught up with Gokey to discuss his recent happenings, including the resonance that the album has provided, the growing diversity of his fan base, and among all things, his thoughts on the revival of the American Idol show. Ultimately, an equal emphasis on faith and drive is what empowers him toward present career success.

ME: You’d recently won the K-LOVE Fan Award for Male Artist of the Year. Can you tell me a bit about that, as well as the success you’ve been experiencing now?

Danny: Yeah! K-LOVE is a large station in [Contemporary Christian Music]; well, it’s actually the largest. That station alone has about 15 million listeners. They’ve been doing the Fan Awards for the last five years. I was up for a few awards, but I’d won Male Artist of the Year. The fans spoke, and I was honored to have earned it.

It’s interesting. I’d went on American Idol in 2009, signed a record deal that year, and ended up getting dropped two years after coming off the show. Then, I didn’t do much after that. I kind of remember just being really disappointed. There were a lot of people that were like, “Well, what are you doing now?” There was a lot of pressure to deliver especially after that show. It was sad, but I just kept hope, my faith in God, and in 2013 I signed a new record deal. When I signed, there wasn’t a whole lot of faith in me from the record company. They told my manager in secret that I would at least break even. But the fact that we’re here now, it’s like a huge comeback for me. It’s a huge celebration and I love it. I’m glad to have been able to do this, because I don’t know anyone else on the show who’s done this kind of thing, you know?

ME: On the topic of faith, how has that element worked hand-in-hand with your ambition to perform and write music?

Danny: I think my music carries a lot of different messages. What I remember about American Idol was that it opened me up to a demographic who maybe never set foot in a church or shared the same faith. But there was a mutual respect. Everybody wants good entertainment, you know? My faith has always been the catalyst of where my hope comes from. It’s really helped me persevere through the hard times—the loss of my first wife, Sophia, the loss of a record deal, and pain that I had to endure since the show itself. With my music, I don’t try to construct walls where people can’t come in; I create something that everyone can join in and appreciate.

ME: Your song “Rise” has proven to be the fastest charting single of your career. Were you surprised about its having a rapport with such a diverse audience?

Danny: I mean, I love it. It creates a merging of two worlds—the American Idol world, and those who tune in to my music on the radio. I love how I get to express myself and who I am, you know what I mean? We just finished a big tour in the spring, and now I’m ready to do my summer shows. The new dynamic I’m taking with them is kind of cool. I’ve been influenced by a lot of Latin music lately, so I can’t wait to create a little Latin part of my show.

I just love to be able to be diverse, you know? When I was growing up, I listened to country music, Christian music, gospel, Motown, funk, soul, pop—all those things. Then I met my first wife, Sophia, at 17 years old. She was Hispanic, and introduced me to different sounds like bachata, salsa and merengue. So, it would be really cool to bring that into my music, and to have fans show their appreciation for it.

ME: Your messages have always been about empowering not only yourself, but others as well. What is it about your latest single, “The Comeback,” that brings the album’s themes to a whole new level?

Danny: Hope is obviously an element in it, but it can become cheesy after a while. So, one of the things I’d been able to do is create music around the lyrics, and sentiments that aren’t too generic. An entertaining sound that would actually, in my opinion, make hope seem more relevant, if that makes sense. For instance, “The Comeback” is an intense, upbeat pop song. It embodies what I’ve gone through—a major downfall, then a career again after years of silence. We’d wrapped pop messages in the album, with anthemic structures and big vocals. I did duets, one with Jordin Sparks and another with Kierra Sheard, a gospel singer who won a Stellar award at 14 years old. The goal is entertainment and hope, all mixed together.

ME: Having worked with a team of writers for this album, is it a closely collaborative process where you’re given room to experiment with different feels?

Danny: Yes, that’s actually a big factor. I have this producer who I’ve worked a lot with on my first and second album. We do experiment, and I love that we took chances on this album. I notice that I’ve been developing over time and getting better at my craft. As I’d told you earlier, I’m influenced by so many different types of music. And I know that in our culture, we like to put music in certain boxes, you know?

ME: How do you feel about current pop music always somehow sounding the same, and the need for diversity in it?

Danny: I think those artists have a comfortable place in a safe zone where they know what will work. I’m real conscious of that as well when I go to make a record. I think what makes me a bit different is how careful I am with my lyrics, and I’m particular with what I write and how I express it, you know? Because I know my name—I know my call, and that’s important. I don’t want to be second best; I want to be the best version of myself that God created for me.

ME: Coinciding with your comeback is that of American Idol. Are you excited to see the show back on the air again?

Danny: Yeah, I actually am (laughs)! I was really, really happy to hear that the show was coming back on. Originally, I was hoping for the original judges to return. I thought, “What if Simon, Paula, and Randy come back,” but Simon had already said no and I was like, “Aww, man!” Maybe it was the originality of the show that I miss. There’s something about those first three judges that makes you feel a certain way when you tune into the show. I wonder if, now, they’re going to be able to replicate that feeling of the show at its peak.

ME: Especially since the show has received a lot of criticism in its later years, do you feel that freshness should be a priority?

Danny: I really do. I mean, people are going to have their own opinions, and are probably mad about my saying that. They probably even like the judges of the later seasons. But part of me wants Paula, Simon, and Randy back; that’s very personal to me. There was something organic about the show back then, because not only were the judges new; everyone was new. Both the judges and the singers became massive stars. I’m hoping with the new judges, they’re able to create symmetry. But I don’t know if that’s possible because when the focus is on the judges, that somehow eclipses the talent.

ME: You’ve benefitted tremendously from your progression in the show. Do you think it came down to every bit of luck as it did talent?

Danny: Man, I’ll tell you this. That’s a good question. I’d say it’s talent, but here’s the thing. I remember auditioning, and hearing the most amazing singers I’ve ever heard, and somehow, they didn’t make it. If you put it down to luck, I guess you can, you know? I think they’re looking for that possible ‘it’ factor. When I look at myself and think back to my audition, I didn’t think I had it deep down. Now, as a stage performer, I’m just a very different person mainly because someone believed in me. I’m thankful that I even made it past that first round. There were probably almost 12 thousand people who had simply tried out. Maybe it is a bit of destiny as much as talent.

There’s a girl in our format, Lauren Daigle, who tried out for American Idol, didn’t make it, but her record just went platinum! For those who tried and didn’t make it, it doesn’t mean that’s the end of the road. I think that’s what I love about our faith so much. God has different plans that we have yet to see. You might get your break somewhere else, and it could happen, you know?

Danny: First of all, I just want to thank them for their support. The support through the lows, and even through the highs. The reason why I do this is because my music has a message: entertainment mixed with hope. A lot of the time, you’d use entertainment as an escape; we all have these issues we’re going through. But I’ve been able to use entertainment as a catalyst for hope. I believe these people I reach will share their stories of what they want to accomplish. Honestly, I’m just grateful that I get to see this through—that I get to meet with them, and that they support me as much as they do. It keeps making me want to be a better artist, lyricist and performer.

I come from a family who is passionate about all things music. I learned to sing at an early age, and by 13, had my very own Fender Strat guitar. I tried my hardest at learning all that I could. Because I was born with cerebral palsy, I had to teach myself an adaptive playing style. I learned to write and record my own music, despite these difficulties. In college, I started making great use of my writing abilities by reviewing music, as well as copy editing. I guess it's best to stick with what you know, while welcoming a fair challenge at the same time.
Previous PJ Harvey & Ramy Essam Release ‘The Camp’ on Friday June 9th
Next Album Review: Michael Barrow & The Tourists. Juneau 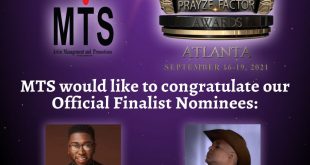 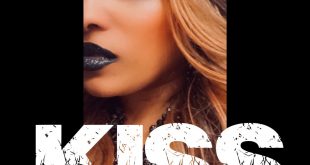