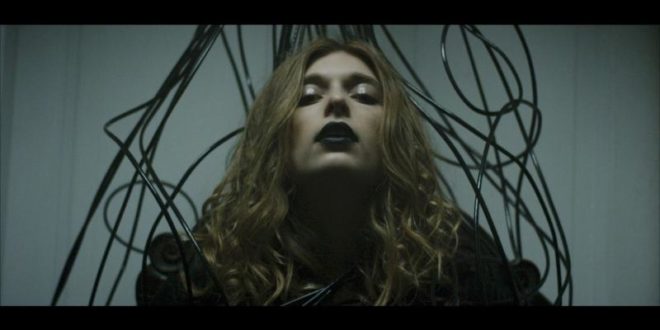 In anticipation of her debut album Somewhere in Between, VÉRITÉ has released a stunning new video for album opener “When You’re Gone.” PRESS HERE to watch the dark techno-noir visual, directed by Charlie Manton, via W Magazine! Somewhere in Betweenwill be released June 23rd, 2017 via Kobalt Music Recordings.

“This video grew from an email I sent to director, Charlie Manton about a cult dinner party,” VÉRITÉ explained. The idea and concept morphed and grew into this final visual. We shot in this insane, historic estate in Kent. I wanted to create a beautiful video that could leave people guessing a little.”

PRESS HERE to listen to VÉRITÉ on Spotify, including “When You’re Gone,” lead single “Phase Me Out” and her newest release “Bout You.” VÉRITÉ has accumulated over 100+ million streams on Spotify to date.

PRESS HERE to pre-order Somewhere in Between