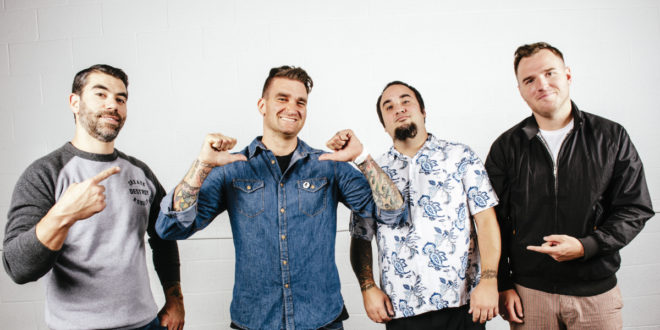 New Found Glory has released a new song and music video for “Party on Apocalypse” via Hopeless Records. The video can be seen below and streamed on Spotify and Apple Music. This is the band’s second video released from their upcoming 10-track album, Makes Me Sick, due out April 28th.

Directed by Max Moore, the video shows the best doomsday party ever held in an underground bunker. On the song, guitarist Chad Gilbert says, “Is the end of the world near…? It sure feels like it sometimes. If the end is inevitable, haven’t you thought about rounding up all the people you love for a celebration? A Party On Apocalypse. This video was intended to feel like a 2002 TRL video, trapped in a Hollywood Apocalypse gritty film. Try to be a light in a dark place!”

Makes Me Sick was produced by Aaron Sprinkle (MxPx, Anberlin, Acceptance) and mixed by Tom Lord-Alge (U2, The Rolling Stones, Blink 182) and is now available for pre-order at http://smarturl.it/nfgmerch or on iTunes. Full track listing and album artwork below. The band previously released a “Stand By Me”-inspired video for Happy Being Miserable, which can be seen here.