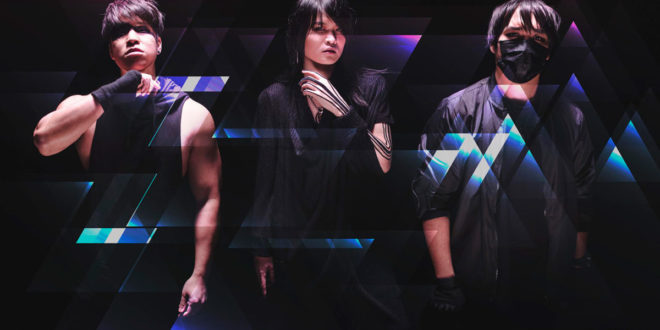 Following their rebirth last year, London-based Japanese rock band Esprit D’Air have released a cracking new single and video from their upcoming comeback album. Bringing together elements of music and art, ‘Guiding Light‘ is a visual masterpiece packed full of sonic delights. You can check out the video for ‘Guiding Light’ below, and purchase the track from iTunes via this link.

On Guiding Light, Esprit D’Air vocalist Kai has this to say-

“Inside each human there is a Guiding Light, it leads us through the journey that is life. This powerful feeling is what we tried to convey with the song. The lyrics reflect the everyday struggles that we all face during our short time on this earth. There are periods when everything feels dark and hopeless, times are bad, and the world seems monochrome and binary. Then we see the light and realise there is hope, things will get better and a spectrum of technicolor radiates around us, this is what keeps us moving forward. That is the concept behind ‘Guiding Light’, and it translates through the song, the video and the artwork very intentionally, like prisms of lights shining out in to the world.”

Esprit D’Air reformed in June 2016 after a three year hiatus, with guitarist Kai taking on the role of the vocalist, Ellis on bass and Daishi on the drums. Their sound is unique and fresh, bringing together hard-hitting aggression with melodic interludes and blistering guitar solos. The band have received critical acclaim from their charismatic live shows in various countries, and their song ‘Shizuku’ was the first song in the J-rock genre to appear on the video game Rock Band 3.

2016 saw Esprit D’Air make an appearance at the main stage of UK’s largest celebration of Japanese culture, Hyper Japan at Olympia, London as well as headlining a charity concert organised by Peko Peko in aid for the five year anniversary of the Tohoku earthquake—raising £1,100 for English and music lessons at Aoba Gakuen, an orphanage in Fukushima. Following this Esprit D’Air launched their comeback single ‘Rebirth’, both this and ‘Guiding Light’ are taken from the bands upcoming album, due to be released in the summer.

Esprit D’Air are not seeking a major record label, but instead have a strong DIY ethos, and aim to be as self-sufficient as possible, producing everything themselves. Consequently they record, mix and master their own releases in their own home recording studio and create the artwork themselves.

Previous NEW FOUND GLORY RELEASES NEW SONG AND VIDEO FOR “PARTY ON APOCALYPSE”
Next Against Me!, Korn, The Pretty Reckless and More to Perform at the 4th Annual ALTERNATIVE PRESS MUSIC AWARDS