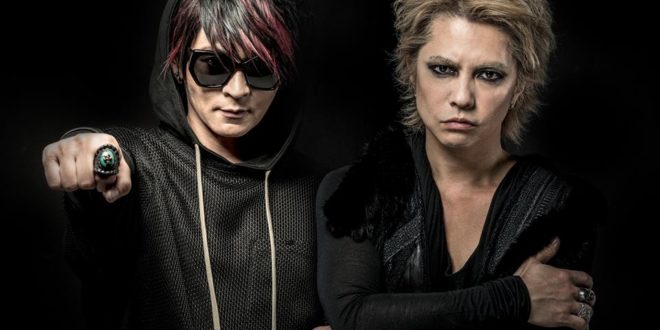 Japanese rock band VAMPS—featuring HYDE (L’Arc-en-Ciel) and K.A.Z (Oblivion Dust)—have unveiled the new video for their single “CALLING” off their highly anticipated, forthcoming album UNDERWORLD, out April 28 on Eleven Seven Music. “Calling” is available for streaming on Spotify and Apple Music, and can be purchased on iTunes. The video is directed by award-winning director Nick Peterson (Five Finger Death Punch “Wrong Side of Heaven”).

VAMPS’ upcoming album UNDERWORLD is produced by Howard Benson (Halestorm, Chris Cornell, Papa Roach, Motörhead) and Kane Churko (In This Moment, Five Finger Death Punch). The album includes the band’s biggest streaming success to date, “Inside of Me,” featuring Chris Motionless from Motionless In White and “Rise or Die,” which was co-written with Emigrate/Rammstein guitarist Richard Z. Kruspe. Other highlights include title track “Underworld” and “B.Y.O.B“.

Since forming in 2008, they have released three studio albums and four live DVDs, all of them showcasing the band’s signature approach to their craft: grand-scale theatrics and drama married to expert playing and song-writing – a potent combination that has led to them playing hundreds of shows at in their home country, taking over Japanese arenas for multiple nights in a row, a series of annual Vamps-curated festivals (including their legendary Halloween event and late summer Beast Party) and growing a global fan-base dedicated to both the band’s music and message.