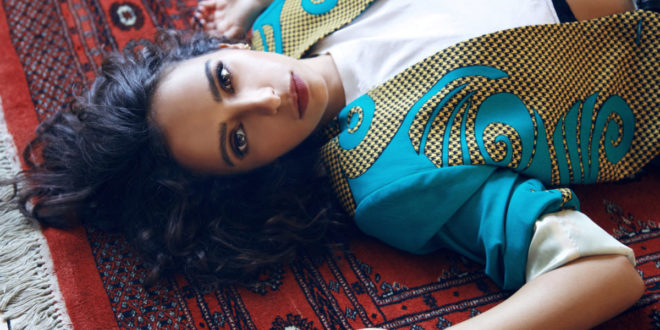 Rotana premiered the video for her second single, “The Cure,” via Perez Hilton – PRESS HERE to watch. “‘The Cure’ is a song about the people and moments that surge us back into energy and life. We can become addicted to them. It’s about a lover that knows he/she is self-destructive,” Rotana says. “She knows she will most probably sabotage and kill what she touches. She knows she is sick in her ways. She knows she should stay away from him because he is beautiful. He is pure. But she can’t stay away. And this time, really this time she think he might be The Cure.”

Born and raised in Saudi Arabia, one of the most conservative places in the world, Rotana moved to the US in 2013 on an employee scholarship. Shortly after, she quit her job to purse music full time in Los Angeles. Rotana debuted her project at The 2017 Sundance Film Festival “A Celebration of Music and Film Concert.” She shared the stage with Common, Andra Day, Jim James, Hunter Hayes, Peter Dinklage, Ava DuVernay and more. Just this week she made her LA debut at Hotel Café.

Rotana’s music always feels like heat, an eruption. There’s a reason for that. Every song she writes, whether it’s about love, freedom or rebellion is an invitation to experience an eruption of self. To let it all out. Last month, Rotana released the video to her debut single, “Daddy” – PRESS HERE to watch. The track debuted on Spotify’s New Music Friday and iTunes Pop Hot Tracks.

“I know what it’s like to wake up one day and realize, holy shit. I am not really sure who I am and if I believe in the system I know so well. I was wearing so many layers of societal expectations. Then I decided to get naked. To silence the noise on the outside and get loud on the inside. This is 2017. This is Generation Z. It is female. It is powerful. It is animal- and it is free.”

For more of Rotana’s story and the inspiration behind her music, listen to the Swan Feather podcast here.