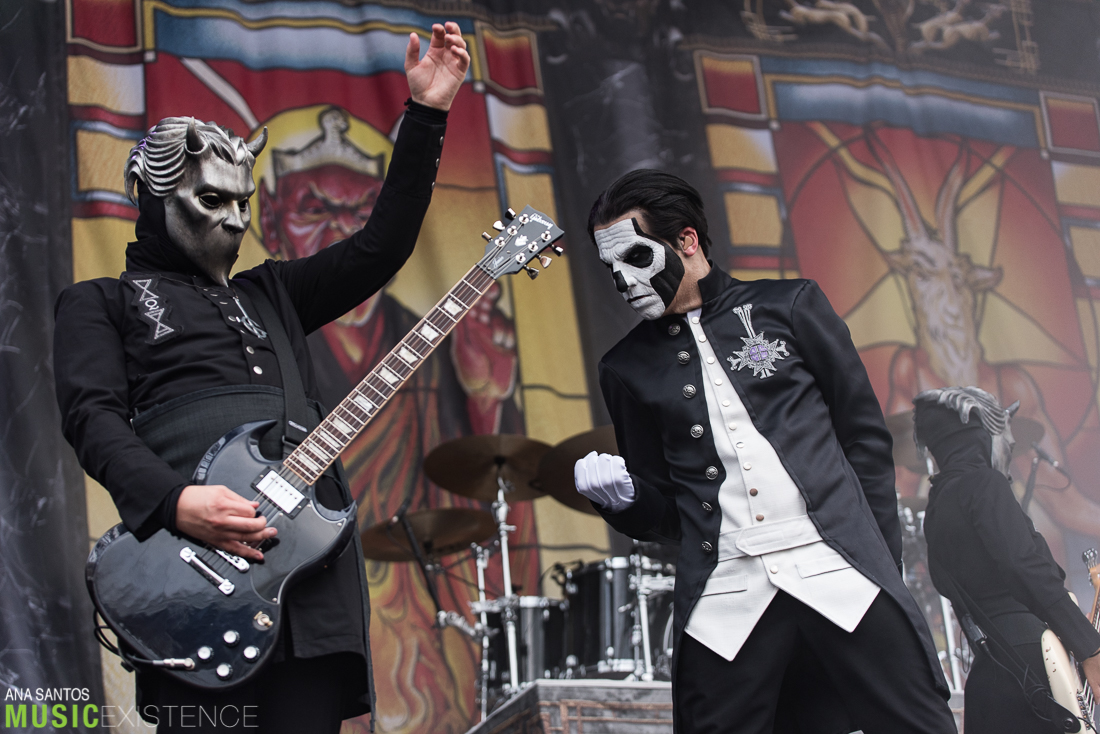 Grammy® Award-winning band Ghost have announced additional headlining dates to take place this Summer during the band’s North American tour with Iron Maiden. Pre-sale tickets for the 13 headlining dates will be available for purchase beginning today at 1:00 PM local time. Tickets will be available to the general public beginning this Friday, March 31st at 10:00 AM local time.

The band have also announced the following VIP packages for the newly announced headlining shows:

Additionally, Ghost recently announced that a special VIP Upgrade Package will be available at all upcoming dates with Iron Maiden, which includes early VIP entry, a pre-show meet and greet, collectible items, and more. For more information on the VIP package, go here. See below for a complete list of upcoming live dates or click here.

Ghost is currently touring Europe and recently topped the Active Rock and Mainstream Rock songs charts with their single “Square Hammer”, featured on the band’s most recent EP release, Popestar, which debuted at No. 1 on Billboard’s Top Rock Albums and Hard Rock Albums charts. Popestar was surprise released on September 16th by Loma Vista Recordings and is available online and in record stores on CD, vinyl, and digital. The EP has been streamed over 18 million times globally. In addition to “Square Hammer”, the five-track offering features covers of selections by Echo and the Bunnymen, Simian Mobile Disco, Eurythmics, and Imperiet. Popestar was recorded by Papa Emeritus III and his nameless ghouls in Linköping, Sweden and produced by Tom Dalgety (Pixies, Royal Blood, Opeth). To purchase Popestar now, click here.

Ghost were awarded a Grammy® last year for ‘Best Metal Performance’. Their most recent album Meliora was released on August 21, 2015 and debuted at No. 1 at Independent Retail, No. 2 at Rock, and in the Top 10 (#8) on Billboard’s Top 200 Album Chart. The album has sold over a quarter million copies globally and has been streamed over 120 million times. The band capped off a landmark 2015 with their late night television debut on the Late Show with Stephen Colbert’s Halloween show on CBS with a rousing performance of their offering “Cirice”, which reached No. 3 at radio at Active Rock and Mainstream Rock.