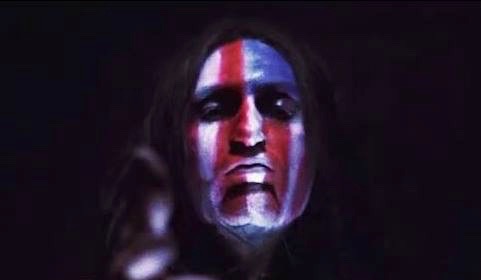 Dope is hinting at their upcoming album Blood Money Part 2 by releasing a brand new video for their cover of Ministry’s Industrial / Metal classic “Thieves” featuring Andy Leplegua of Combichrist.

“To celebrate the release of Thieves, we are inviting our fans to rob us”  Says Edsel Dope.

“Thieves” can be downloaded for free HERE.

The pointed, yet hilarious, video takes shots at a number of leaders throughout our history, and ultimately climaxes with a ridiculous parody of Donald Trump grabbing Hillary Clinton by the pussy, followed by the two having sex while chugging wine and eating a well done steak..

“Like many people, I wasn’t pro Hillary, nor was I pro Trump”. Says Edsel. “I’m pro America and all of the politicians appear to be crooked in one way or another… As a result., we had a good time throwing all of them under the bus in this video.”

Dope’s Blood Money Part 1 was released In October 2016, where it debuted at number 27 on the Bilboard top 200 album chart..

The release date for the highly anticipated follow up Blood Money Part 2 has yet to be announced, but this new track is a sign that it might be coming sooner rather than later…

“I’m not a fan of cover songs” says Andy. “When Edsel reached out to me about doing ‘Thieves’ together I was really skeptical – but in the end I think we do the mighty Ministry justice… and I’m sure Uncle Al will love the video!” – Andy Leplegua

Previous EP Review. Johnny Ashby: Strangers
Next Gallery: As It Is at the O2 ABC in Glasgow, 14.03.17