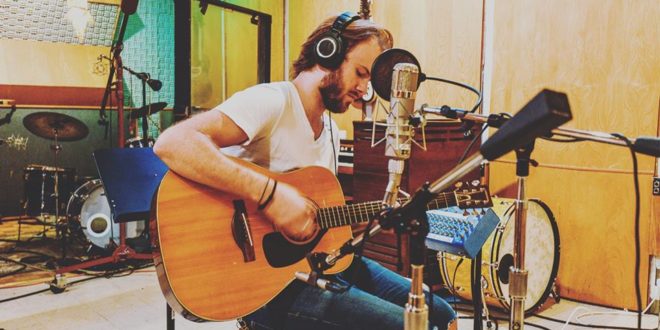 Johnny Ashby is back at again with his new EP Strangers three tracks that are consistent within the record and keeping Ashby in a Travis-like sphere he has created.

The first track “Make or Break” starts with crashing percussion and a razor sharp electric guitar. Ashby’s soft and clear voice is a nice contrast against the loud and brash instrumentation. The chorus is not only catchy and clever but it has a bit of a throwback element to it, something that maybe The Beatles could have concocted. There’s a bluesy feel to the entire song with an alternative base and the two genres blending works so well for the tune. Safely in his wheelhouse Ashby knows his boundaries and he stays within them, and while this isn’t anything groundbreaking it is still highly enjoyable.

“Magic” also has a retro feel to it, this time more like the early 2000s. When Ashby’s accent comes through it is a brief moment that will get listeners to crack a smile in this otherwise dark song. Ashby refers to “hanging on to magic,” sort of clinging on to one last hope and it is a theme that will connect with many of his listeners. The chorus is magic in itself, highly infectious, and when Ashby dips his toes into a more rock mode, it is a welcome change of pace that still works brilliantly in the alternative track. At the heart of any of Ashby’s song is the story and he proves time and time again that he is a master storyteller. “Darling I don’t know how to carry on,” he sings, vulnerability always something that Ashby taps into bleeding his heart into the notes of a song. It is without a doubt the best track on the EP.

The last tune on the EP is also the title song. “Strangers” takes a more minimal approach in its instrumentation but that doesn’t mean that Ashby has gone acoustic here. The sparseness on the verses, with Ashby’s delicate vocals, makes it wholly unique compared to the other songs on the EP. It’s the type of song one might imagine Bruce Springsteen could sing, even as he speaks of vampires and other monsters. It’s a very creative tune with lyrics that can be seen as well as heard and has a core message that once again is relatable. The explosive electric guitar outro comes a bit out of nowhere but it is mind blowing and will draw listeners even further into the song. Though it’s one the weaker tracks on the album it is still quite good. One can tell he is slowly pushing himself out of his comfort zone here and the payoff works.

Though his last EP was stronger, one can see that Ashby is continuing to hone his sound and make music that is timeless and his own. He’s in the game to tell personal stories and he succeeds at every turn.