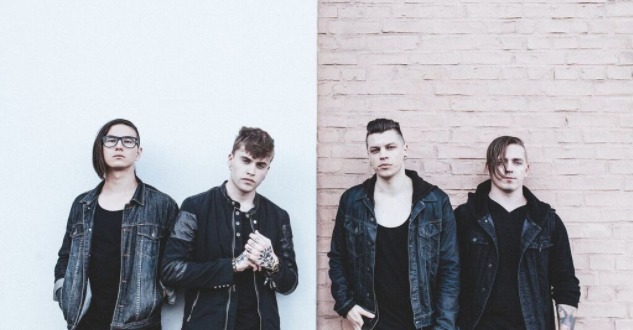 Swedish alternative rock/metal band Imminence will release their hotly anticipated new album, This Is Goodbye, on March 31st via SharpTone Records. The band has debuted a powerful new video for the record’s title track “This Is Goodbye,” which has created a firestorm of buzz for it’s release.

Pre-order the upcoming album This Is Goodbye here.

Eddie Berg, singer of IMMINENCE, comments: “The new album is about the prowess of leaving something behind in order to make room for something else. It can be anything from relationships, pride, reason, fears or faiths, a use or abuse. It symbolizes the sacrifices we make for our ambitions and emotions. For Imminence, it is also a direct reference to the changes we’ve gone through as a band and lifting the restrictions of genre definitions to create something out of pure passion and inspiration. The lyrical themes spring from my soul, my most inner thoughts and struggles and the emotive prison I built for myself.”

Get the digital version of ‘This Is Goodbye’ now here or at the following retailers:

Fronted by vocalist and video director Eddie Berg, guitarist Harald Barrett, drummer Peter Hanström and bass player Max Holmberg; Imminence was formed in Trelleborg/Malmö in 2010 and has over the years become one of Sweden’s most promising acts with a diverse sound and universe, embracing everything from metalcore to acoustic music. Founded by Eddie and Harald when they were just teenagers, the band grew organically with a constantly expanding fan-base from all over the world while being a highly active touring band in Europe since 2014.

After almost two years of writing, Imminence took a huge leap forward. Emerging from their previous “post-metalcore” sound, the band fears no boundaries or limits, valiantly breaking new ground and taking the alternative scene to the next level with their new album This Is Goodbye.