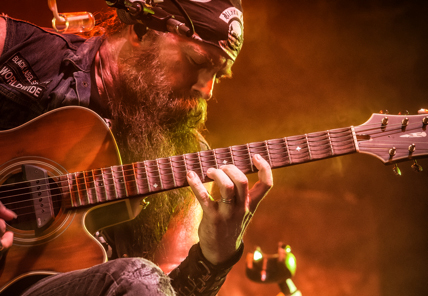 Over the summer Wylde released the “Sleeping Dogs” music video featuring Slipknot / Stone Sour frontman COREY TAYLOR. That track has gone on to become the most successful active rock radio single of Wylde’s career reaching as high as #15 in the U.S. and #5 in Canada.

Wylde will be hitting the road next week with ZAKK SABBATH for three shows in Southern California including a third annual stint at the official NAMM party at The Grove of Anaheim on Saturday January 21st. Zakk Sabbath has also been confirmed for a handful of spring and summer festivals MMR-B-Q, Rocklahoma and the recently sold out Rock On The Range.

Zakk will participate in the 2017 Experience Hendrix Tour alongside Billy Cox, Buddy Guy and Kenny Wayne Shepherd for a third straight year.

Previous Youth in Revolt Share Lyric Video for “The Broken” and Push Back Album Release Date to 2/17/17
Next Sycopax: Shoot Them In The Head EP