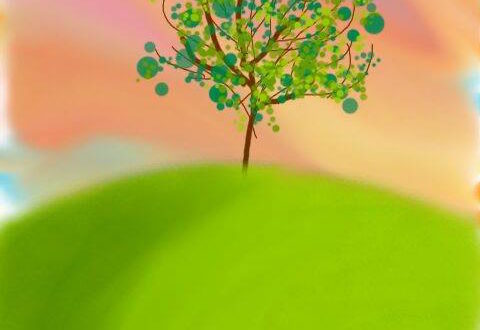 Multi-instrumentalist/songwriter Jim Gatti successfully melds a common link between alternative and progressive rock realms. Hailing from New Jersey, the Dumont native self-produces his material, and is an instructor of guitar, piano, and bass at his self-run JG Music School, located in Ridgewood. A simple surface listen to either his music or YouTube videos assures that talent is exceptionally present. And when such talent is encompassed throughout multiple avenues, one cannot go wrong.

Gatti’s latest release, For Mom and Dad, is no exception. On the opener, “Allen,” a faint pluck rhythm lays the foundation for a larger, more expansive melodic dialogue to ensue. The resulting presentation feels warm, as if to reinvigorate a once severed bond with a distant loved one. I was pleasantly surprised by how well succeeding melody worked in a different key, rather than simply copying the root note. As the track progressed, I made note of how Gatti balances tempo based nuances to give each texture its definition. The percussion enters around halfway into the track, utilizing sensible variations that elevate the now vastly compacted melody. “Born into a New Number,” the track to follow is simply blissful all around. While listening, imagery came to mind of embarking toward a shift of scenery, and making the most my new surroundings. I appreciated how the bottom B and E strings had strong presence within the melody, as those open notes add a kind of subtle richness to the piece. Only the second track in, and it is already one worthy of frequent repeats. The momentum of instrumentation increases to an extent on “Edgewater,” named after another borough of New Jersey’s Bergen County. I’d consider it to represent an ode to local ground. There’s about as much beauty in the melodies as the last two songs, but it seems to emit a sporadic bittersweetness, as if an aim is made to stay within proximity of familiar territory.

The album’s flipside features a rather unexpected turn, its titular track sporting a power ballad aesthetic. Admittedly, I wasn’t expecting a track with a soaring hard rock-influenced solo (pinch harmonics included) let alone one sandwiched amidst a mostly ambient identity. But surprise aside, it isn’t totally out of place, and in fact, I enjoyed it. The tenderness of the piano still manages to pace the album’s flow, and ends being a highly complementary element to the presence of the melody. This being the intended tribute track, to the ones that essentially gave Gatti life can’t merely be glossed over for its differences. Case in point, the next track, “James,” has a grander emphasis in the transition back to an ambient style. Putting that into consideration, with transition is improvement. There’s a more noticeable balance between the guitar melodies, along with a slightly more involved presentation. Toward the latter portion of the song, I carefully noted how well Gatti uses the delay, both as a rhythmic guide, and in enriching his lead playing techniques. By far the clearest and most pristinely executed track is the penultimate, “Mahwah Maria.” Understandably, its short length makes it come off as more of an interlude, but its melodic substance is a definite strength. The final track “Victor,” is of shorter length as well, albeit in a progressive music sense. Its percussion is featured more early on, while the plucked guitar element reverts to a patiently building state. There’s a subtle darkness integrated into the latter half of the chord progression, yet it maintains a rich lushness in how further melodies are presented. For certain, this marks another highlight track on the album I’d repeat frequently.

Overall, For Mom and Dad is a gem worthy of greater exposure. Most of the EP’s seven instrumental tracks features a distinct identity, comprising intricately layered guitar rhythms that contrast with minimal percussion. The sequencing of the tracks both uplifts and cleanses the listener, and Gatti brings those elements to life through his understanding of melody and fluency. Whatever credibility Jim has earned as an instructor will surely be catalyzed through this new offering.

Purchase For Mom and Dad

I come from a family who is passionate about all things music. I learned to sing at an early age, and by 13, had my very own Fender Strat guitar. I tried my hardest at learning all that I could. Because I was born with cerebral palsy, I had to teach myself an adaptive playing style. I learned to write and record my own music, despite these difficulties. In college, I started making great use of my writing abilities by reviewing music, as well as copy editing. I guess it's best to stick with what you know, while welcoming a fair challenge at the same time.
Previous Latin American Metal Band DE LA TIERRA Launch Webstore & New Album on Vinyl
Next Gallery: Berlin Whale at Delmar Hall in St. Louis, MO on 12.10.16