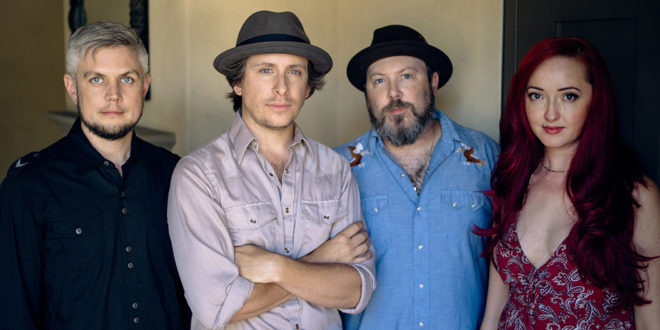 Earlier this month, TheBoot.com debuted a performance video for THE WALCOTTS’ “Let Me Take You Home Tonight,” describing  the band is “packed full of lush harmonies, pedal steel, fiddle and upbeat piano…they’ve earned a reputation as a powerful live act.” (Amy McCarthy, 11/8). You can watch that video here.

This week also marks a major milestone for THE WALCOTTS with the announcement of their first-ever performance slot at California’s Stagecoach Country Music Festival.  On Saturday, April 29 during the three-day festival, the band will share the festival stage with a diverse group of artists such as Willie Nelson, Shania Twain, Jamey Johnson, Margo Price, Kip Moore, Maren Morris and more.  For more information on Stagecoach, visit: http://www.stagecoachfestival.com/.

Having already performed in major markets like Washington, DC and New York City,THE WALCOTTS continue their U.S. fall tour today (November 15) at Eddie’s Attic in Atlanta, GA.  The tour also stops in Nashville–for a show this Wednesday (11/16) at The Basement–among other cities before wrapping in Chicago at Schubas on Sunday, November 20. For more information and to purchase tickets, visit: www.thewalcottsmusic.com/shows/. Full tour itinerary is below.

LET THE DEVIL WIN finds the Los Angeles-based WALCOTTS planting one foot in the rootsy terrain of their influences and the other pointing toward the future. Armed with a large line-up, their sound is fueled by male-female vocal harmonies with the accompaniment of horns, pedal-steel, fiddle, and piano. The 12-track albumcaptivatingly distills roots music, soul, blues, and country. It can be purchased digitally (here) on iTunes and physically in CD and vinyl formats on Amazon here. Additionally, the album can be streamed on Spotify here.

With songs recorded at the legendary FAME Studios in Muscle Shoals, Alabama and Rami Jaffee’s (The Wallflowers/Foo Fighters) private Fonogenic Studios in Los Angeles along with a co-written song with John Alagia–known for his work with Dave Matthews Band and John Mayer–the sound is unmistakably WALCOTTS: both familiar and fresh, old and new, fine-tuned and broadly appealing.