Home / News / Top Musicians to Look Out For this Year 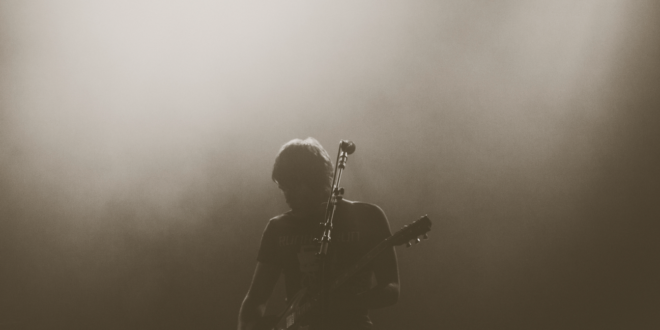 Top Musicians to Look Out For this Year

There are several musicians that have been looked at for doing big things throughout 2016 . These are some of the acts that you should be looking for:

This is a duo from Dublin made up of Conor Adams and Lar Kaye, with a wealth of combined experience between them. Lar Kaye used to be part of the trio known as Adebisi Shank, with Adams being an occasional part of The Cast Of Cheers. Combined, there was a love of glorious pop that shined through with their single entitled Darkest Ocean. They were able to attract attention when they covered the hit Where R U Now by Justin Bieber. IIVV, their debut album, comes out in August, complete with a headline tour that spans the UK in October.

This is a quartet from Reading that is fronted by Matt Thomson, who brings powerful vocals to the table. This group has been perfecting their very own brand of indie rock with a melodic tone for the past year. They were able to garner a buzz through the release of the single debut called Junk Food Forever, which came out in the summer. The follow up EP is entitled Don’t You Wanna, which came out at the end of the year. Nightdriving, the new single, came out in June and the band is slated to tour in the fall, complete with an appearance in Manchester at the Neighbourhood Festive on October 8th.

This is a punk pop trio coming out of Glasgow, and is a favourite of Slaves and Palma Violets. In the summer of 2015, the band made multiple appearances with the Gentlemen Of The Road Show with Mumford And Sons in Aviemore, Scotland. The debut album is due in September, followed by a UK tour.

With a killer look and a warm, retro sound, this group from Stockport is slated to join the ranks of other bands that are bringing psychedelic music back into the fold. In 2015, there were three major singles that cam from James Skelly with The Coral’s Skeleton Key Records. In August 2016, the self-titled debut album came out with a full summer of touring.

This artist with a dark voice is already a favorite of the Communion Show with Maz Tappuni on Radio X. Coming fro South London, Cosby cites his influences as being very diverse, to include Bon Iver, Eddie Vedder, The National and Jeff Buckly. His debut EP entitled Human Touch, came out in November. For summer of 2016, George played festivals including Latitude, and he headlined a London show on September 27th at the Moth Club.

Coming from Cardiff in South Wales, the Estrons are fronted by the Canadian-Swede known as Taliesyn Källström and Rhodri Daniel, guitarist. They first got together in 2012 after meeting in a chance encounter on an Aberystwyth beach. They offer a dynamic mixture of indie punk that first came out with their C-C-Cariad single right at the end of 2014, with their EP that is titled Whoever She Was, which arrived in December through Gofod Records, featuring the lead track called Make A Man. This band made their way out on a UK tour in September with The Bay Rays.

Known for this up an coming album, Ethan River Cohen is a renowned artist and is set to break into the mainstream this year. You can find his work via the link above at Sound Cloud and it’s well worth listening to.

This is a 22 year old powerhouse from Congleton in Cheshire, who offers a smooth vocal style and incredible skills on bass, guitar, drums and piano. The debut EP is called More To Life, issues right at the end of 2014. Over the last 12 months, there have been shows at Latitude, Bushstock and The Great Escape. Right now French is currently recording an album, with a tour that began in September.

Stephen Vicino is the founder of MusicExistence.com. He created this site to give talented musicians a voice and a way to be discovered.
@@svicino
Previous Rock Band’s Homeless Friend Stars In New Surf Music Video
Next THE WALCOTTS Premiere “Coalinga” Video