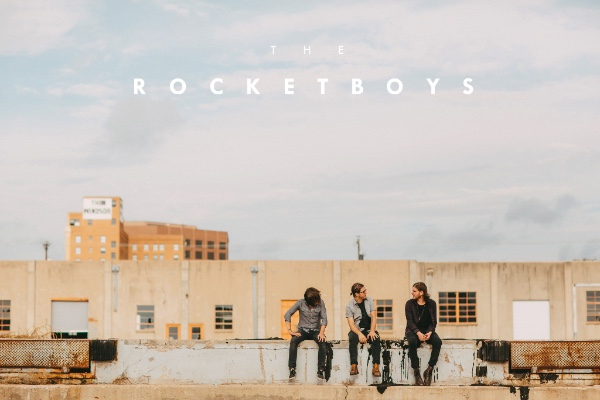 Texas indie rock band The Rocketboys release their newest song “You and Everyone Else” today at all digital retail outlets. The song is the first new music the band has released from their as yet untitled forthcoming full-length, due out in early 2017. Fans can find the track now at Apple Music and on Spotify.

“’You and Everyone Else’ was one of the first songs we wrote for the record,” said The Rocketboys frontman Brandon Kinder. “I had been inspired by Neil Young’s song ‘One of These Days’ – the first time I heard it I think I put it on repeat for about 2 hours in the van. I wanted to do something similar and write a song directly to and for the people that have been there for me and the guys for so many years. We’re very lucky to have these relationships with our fans/friends across the country, so this song is for them.”

The Rocketboys will begin a U.S. fall tour beginning Saturday, October 1st at the Starry Night Music Festival in Indiana before stopping in New York City (10/5, Mercury Lounge), Philadelphia (10/6, Milkboy), Chicago (10/2, Schubas) and wrapping up with a series of shows in Texas. See all current dates below.

Mainstays of the Austin, Texas music scene, The Rocketboys career spans nearly a decade and includes the release of two LPs, multiple EPs, and high profile tours withTwenty-One Pilots, The Mowgli’s, Relient K, and Dustin Kensrue to name just a few, and critical praise for their “lush, layered soundscapes” (AbsolutePunk),”gray-hued swells of chorused guitar and minor-key piano processionals” (The A.V. Club) and garnered The New York Times apt description, “… sounds like an amped up Death Cab for Cutie with Coldplay-style melodies.”

Tags north american tour The Rocketboys You and Everyone Else