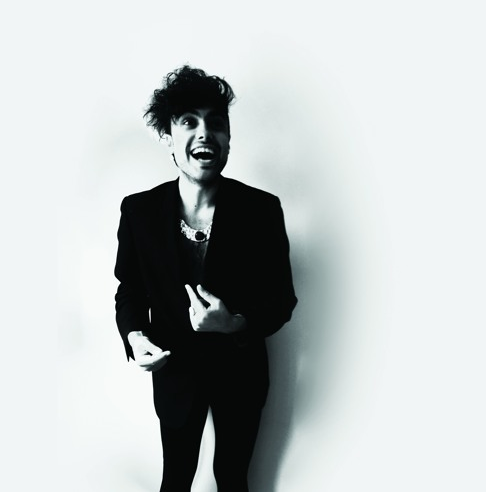 In his 22 years, KEIR can’t recall a time when music wasn’t at the centre of his world. Schooled on the albums, books and films found in charity shops, his music comes from the life he sees. Chart pop, Jazz, torch songs, retro, futro, alt rock and electronica all mingle in the slipstream of years spent listening to records and hanging about in bands.

His debut live show at the Nest Club in Bath quickly led to radio plays from BBC Introducing, 6 Music and Radio 1, and festival appearances at Secret Garden Party, Dot To Dot, The Great Escape and Boardmasters.

He has just announced a headline London show at The Old Blue Last on Tuesday 1st November (you can apply for free tickets here).

And now comes his debut single ‘Probably’ on Crosstown Recordings.  A riotous fusion of R&B and indie with fearless guitars and soaring ecclesiastic highs, it’s a statement of world-conquering intent from a powerful new voice in UK music.

Crosstown Recordings has been launched by concert promoters Paul Hutton and Conal Dodds to run alongside their new promoting company Crosstown Concerts. Paul Hutton said “It’s always been a dream of ours to have our own label, to be able to work with great new talent. The first time we saw Keir live we were struck by his total originality, his voice is incredible, he is a future star, we have no doubts about that!”