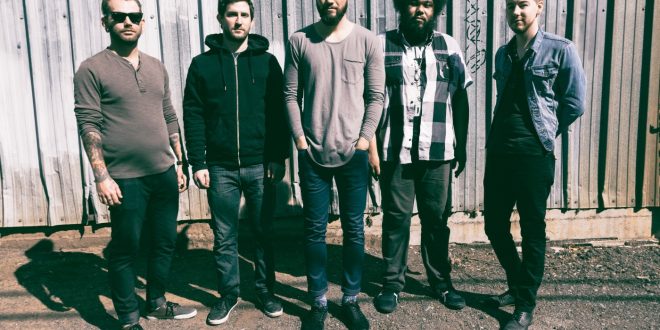 Sacramento’s Dance Gavin Dance have announced details for their seventh studio album ‘Mothership,’ which will be released on 7th October via Rise Records.

The 13 track album serves as the follow up to 2015’s Instant Gratification. Pre-orders for Mothership are now available on MerchNow and iTunes.

Formed in 2005, the groundbreaking act which fuses elements of emo, post-hardcore, jazz fusion, progressive rock and screamo into their signature sound, has seen their last five album’s chart on the Billboard Top 200.

The band will play UK/European leg of last year’s 10 Year Anniversary Tour later this year.  The dates will feature vocalist Tilian Pearson, as well as the band’s previous vocalists, Kurt Travis and Jonny Craig, who will share vocal duties on select songs. Check out a promo video for the European/UK run here.

Lead guitarist Will Swan says,”After unintentionally neglecting UK and EU for years, we are coming back at full force to celebrate the band’s 10 year anniversary with every singer combination the band has ever had. Each show will be a celebration of every era of the band all in one night.”