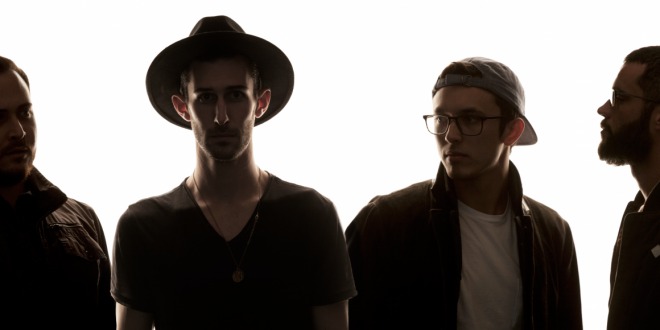 Irvine, CA: Cinematic Americana outfit The Brevet have just released a new music video for their song “Hold On”, which PopMatters called, “anthemic acoustic guitar driving the song forward with verve.” The song is the second single off the band’s upcoming EP Embers, dropping August 5th.

The song demonstrates the group’s unique and intricate songwriting capabilities, which sends a deep message to all listeners. “I wrote this when trying to figure out if I still wanted to pursue this career,” says lead singer Aric Chase Damm exclusively to PopMatters. “There is a line in it that says ‘Hold on to me’ and most people assume that’s meant in a romantic way. It’s meant to mean hold on to the pieces that make you you and don’t get swayed by all of the other distractions.”

“Hold On” starts with a beautiful melody on the acoustic guitar that gradually leads to what is known as The Brevet’s classic sound of booming harmonies and uplifting lyrics. Instead of the usual produced music video that dubs the original song, The Brevet display their true artistic talent by playing the song live and getting it down perfectly in one take.

“It’s funny. We had actually planned for a entirely different video with our director and good friend Sarah Wilson Thacker. It was suppose to be an outside shoot but when we got to the location and saw how windy it was we knew it wouldn’t work for a live performance,” explains Damm to PopMatters. “Sarah, the guys, and I headed back to our studio space which was in the process of being torn down. She came up with the idea of shooting a one-take (no cuts or edits) right there. Probably the most fun we’ve had filming a video!”

The music video’s live setting demonstrates symbolism amongst the song itself. Without the production or orchestra involved, listeners get to experience a rare, raw, and live music video that shows the humanistic part of music that does not appear on most videos.

Aric Chase Damm and Michael Jones started making music together while they were both attending grade school. Although they eventually separated and went to different colleges, they were still able to continue working together during their time off. Throughout college, Damm and Jones both wrote scores for student films, which lead to the creation of the band’s big cinematic sound. The band eventually moved to Los Angeles where they added drummer David Aguiar and bassist Ben Ross to The Brevet.

The Brevet is currently touring this Summer throughout the US festival circuit with more upcoming dates to be announced.

Tags Embers hold on THE BREVET 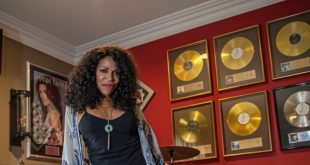