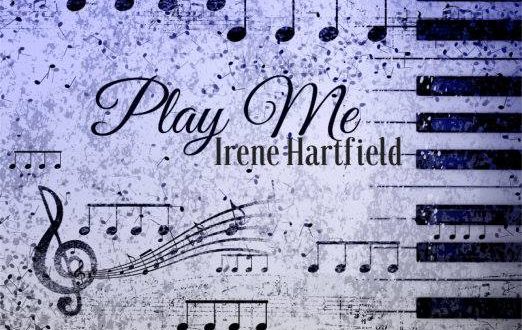 One thing I have personally noticed throughout the years, by carefully listening to music from different time periods, is how a genre tends to change (or rather say, evolve?) depending on the leading style at the moment. For example, back in the 70s Disco music and Rock were leading the market and so most of the genres -even those not directly related to these two in particular- were very often “seasoned” by these genres. For some reason once I press the play buttons and started listening Irene Hartfield’s new album Play Me this came to my mind.

Let’s talk about the aforementioned record. Just like on her previous LP The Blue Period, piano plays a big role on the album. Also not sure if it has to do with the recording method or process, intentionally done or not it has this really old-fashioned vibe that gives you the feeling it was recorded sometime back in the 70s or 80s. And don’t get me wrong, this isn’t a bad thing as it fits perfectly with Hartfield’s very own musical persona. On Play Me, the NYC based artist pays her own rendition to some of the greatest classics (actually the title comes from a song by Neil Diamond). Some of the most positive things about this album is how rather than jumping from one genre to other as in her last material, she keeps it constant with her ballad (“Play Me”, “Diamonds & Rust”), sometimes jazzy (“Embrace You”, “Night and Day”) driven sound. She pours her heart and extraordinaire talent and piano skills into every track and while they are all covers, they rather feel like original songs. Also, as stated in the first paragraph, even though she limit the album to only two genres basically, by changing tempos and adding different elements she archive to give each tune its own identity.

There are very few negative things I found on Play Me – with that I mean is that while there’s a HUGE potential on the album, it’s not even close to be flawless. Now, Irene’s vocal is undeniably perfect for Jazz music as in songs like “Night and Day” she was outstanding. But then on the first three tracks or so she was a bit dramatic and in few occasion, out of tune. Also, even though I praised her music before because it well deserved to be praised, for today’s audience it can turned them off very quick. Personally I would encourage her to leave broadway-ish Ballads and keep on writing cool music such as “Sailing Away” and yes, you guess right, “Night and Day” cause there its where she truly shines.

At the end, this is not an album for everyone but those who enjoy artists like Neil Diamond, Joni Mitchell and Pete Townsend might dig this record. It definitely shows Irene’s musical maturity and proves she’s more than one pony trick. I hope she can take my advises below because I truly believe she’s a diamond in a rough.