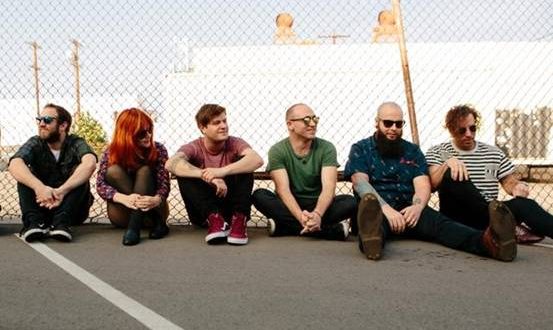 THE MOWGLI’S performing at Sheffield Garden Walk on Sunday, July 24

California indie folk-pop band THE MOWGLI’S will be performing at Sheffield Garden Walk in Chicago, IL on Sunday, July 24.  They hit the main stage at 8:15 PM.  More information can be found here.  Full tour itinerary is below.

Known for their laid-back mix of sunny West Coast pop, garage rock and 60’s Laurel Canyon folk sound, the six-piece group recently released the lyric video for their first single “Freakin’ Me Out.” The summer-ready track is the first off THE MOWGLI’S as-yet-untitled third album due out this fall on Photo Finish Records and is available at iTunes now.

THE MOWGLI’S uplifting, indie-rock and universal message of positivity and love resonate with audiences all over the world. Their debut album Waiting for the Dawn(Photo Finish Records) premiered at #4 on the Billboard Heatseekers Chart and yielded the group their first hit song “San Francisco.” Their sophomore album Kids In Love included the feel-right summer song “I’m Good,” originally written for an anti-bullying campaign. Following Kids In Love, they released two fan favorite songs: “Summertime”–one the group’s highest playing songs on Spotify–and “Room For All Of Us,” a song released in support of the refugee-relief organization, International Rescue Committee.

THE  MOWGLI’s full tour routing is as follows: