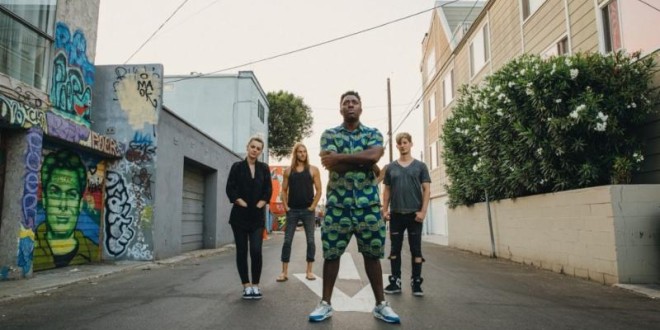 After delivering incredible festival performances at Governor’s Ball and Shaky Knees, and wrapping up a string of headlining North American tour dates, Bloc Party is thrilled to announce that they will be hitting the road this fall – featuring stops in Denver, Portland, San Francisco and more! The band is also set to perform at Lollapalooza, Osheaga, Life Is Beautiful, and will be playing their biggest U.S. headlining show to date at the legendary Hollywood Bowl in Los Angeles, CA on September 25th. See full routing below! Tickets for the Fall Tour, starting on September 13 in Denver, go on sale starting Friday, June 10.

The four-piece’s latest album HYMNS is out now via Infectious Music / BMG in standard CD and digital formats, as well as deluxe CD, deluxe digital and limited edition double vinyl formats featuring four extra songs. PRESS HERE to watch the music video for “Virtue,” an eclectic mix of colors and characters that are brought to life by the song’s rush of synths and Kele’s arresting vocal work.