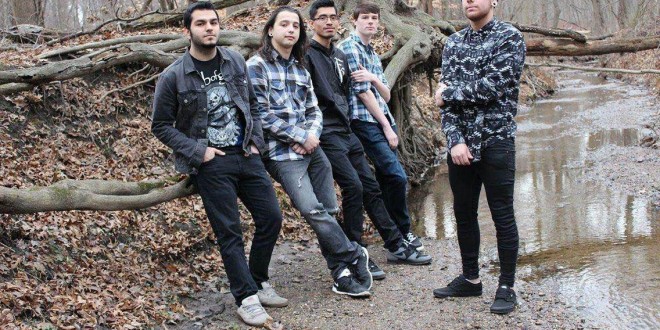 Delve into the depths of modern metalcore and one will find numerous tropes and common elements that, even with a cursory glance, are immediately apparent – among them: distorted and drop-tuned guitar riffage, ballsy harsh vocals, and pounding drums with a kick that seems attached at the hip with the guitar’s lowest string. Many bands who dwell in this genre will feed a more aggressive inclination, sometimes placing melody on the back burner in favor of the in-your-face attitude and mosh-worthy rhythms which translate extremely effectively to the stage – with each song inevitably culminating in the neck-breaking and fan-pleasing “half-time breakdown”. Artists such as Parkway Drive and August Burns Red are among the artists which have carried this style of metalcore into the spotlight of mass appeal, with the latter even enjoying a Grammy nomination this year. And as every such group sows its seeds in the hearts and minds of passionate metalheads everywhere, bands of up-and-comers are bound to take root in their hometowns in hopes to spread their branches nationwide. New Jersey’s Monument of a Memory is one such band, following in the footsteps of these genre giants, sonically, in their second independently-released EP, Catharsis.

All of the aforementioned elements are in full force on Catharsis, with its five tracks showcasing the punishing, mosh-focused metalcore that threatens to crush the foundations of rock clubs everywhere. From the blistering guitarwork and double-kick assault of “Affliction”, to the bounding rhythms and sing-along outro of “Departure”, it is obvious that these songs were written primarily for the stage. In terms of what to expect – fans of modern metalcore will find plenty to headbang to, while encountering very few of the common pitfalls of self-produced music. Catharsis is a very safe listen in that one is not likely to get hung up on poor production, mistakes in instrumentation, or rookie-level songwriting blunders. Guitarist Kevin Chapilliquen is as equally capable a producer/engineer as he is an axeman – that is to say, he is impressively talented in both regards. Vocalist Tommy Gehringer is also commendable for his solid technique and his faithfulness to the band’s idols – faithfulness to the point where he may as well be the reflection that Parkway Drive vocalist Winston McCall sees in the mirror each morning.

Indeed, Monument of a Memory’s music is largely a tribute to the giants of modern metalcore, and this fact mainly serves to highlight the most significant downside of the EP – Catharsis offers nothing that has not been heard before. This is hardly a deal-breaker, as there is still great value in that which is familiar and comfortable, especially if it is delivered competently and honestly – which Catharsis absolutely is. But as long as Monument of a Memory settle for sounding “just like” your pick from any number of other artists, they risk being forever relegated to the duty of “pretty good opening band”. If the band wishes to carve out their own space in the metalcore sphere, they will need to hunker down and candidly assess their identity amongst the other imitators. Surely such talented, dedicated musicians possess a voice which is yet to be heard – they need only to start speaking their own language.

Visit Monument of a Memory and order the EP on their Facebook page here.