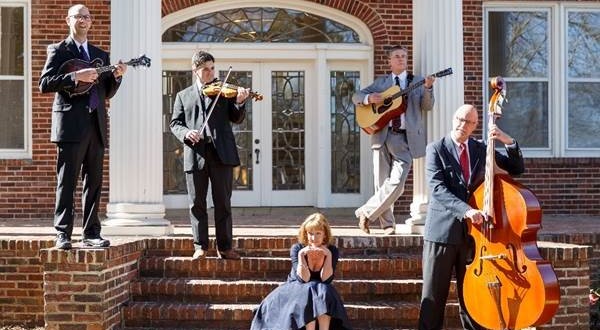 If you enjoy bluegrass, country and folk then Swift Creek’s “Magnolia” is definitely an album you should pick up! The vocal harmonies, joyful banjo, fiddle and mandolin solos, as well as the sweet guitar melodies will surely get you immersed in a beautiful, calm American folk atmosphere that bears the sweet smell of hay. This musical journey began six years ago in Central North Carolina, near Swift Creek that gave the band its name. In August, 2012, Swift Creek managed to release their first album “Winner Winner Chicken Dinner” and it quickly gained popularity, as songs from it were featured in different radio shows (for example, WUNC’s “Back Porch Music” and WQDR’s “Pinecone Bluegrass”). Recently, Swift Creek celebrated an important milestone in their history – their hundredth gig. “Magnolia”, which came out on April 8, 2016, was written mostly by Kevin Brown – the multi-instrumentalist (vocals, banjo and guitar), whose “Southern vibe” gives Swift Creek their unique sound.

Kevin Brown’s songs have been recorded by a variety of artists he’s played with through the years. These include The Hard Travelers, Glenn Yarborough, Seamus Kennedy, Terry Lauber (from The Brothers Four), The Limeliters, Carl Allen, Dick Foley and Mack Bailey. However, Kevin Brown’s not the only one, responsible for the magic behind Swift Creek. Casey Elder, another multi-instrumentalist, plays the mandolin, guitar, dobro and vocals on “Magnolia”. His influences, who inspire Casey Elder’s famous mandolin solos, include Jesse McReynolds, Chris Thile and David Grisman. Another member of the band is Stephen Fraleigh, an award-winning fiddler that also plays the banjo and sings. The man behind the groovy bass lines is Dennis Hoyle – a passionate musician with a rich background of various instruments and a love for all genres – from funk to folk. Last, but not least, we get to Ann Searcy, Swift Creek’s talented vocalist and band manager. Ann Searcy enjoys singing harmony and looks up to musicians like Allison Krauss, Emmylou Harris, Bonnie Raitt, Gillian Welch, as well as The Beatles and Eagles.
There are a couple of songs that certainly stand out while listening to the band’s new album. An undeniable masterpiece on “Magnolia” is “Rattle Them Bones” – a melodic piece with interesting lyrics (“Rattle them bones/ Do what you must/ In the end we are ashes and dust”), catchy chorus and great solos. Another great song is “Bluegrass Hurricane”. It’s a rhythmic piece with a wonderful mandolin theme. I personally enjoyed greatly “Sail Away Ladies”. It left me speechless, as I truly appreciated the skill of the musicians behind Swift Creek, the ease with which they play such complicated and fast melodies. “Life in the Slow Lane” is another one of my favorites – its groove and melody won me over right away. Once again, the catchy chorus and smart lyrics left me pressing the replay button again and again. I’m not a great fan of folk ballads, but I must admit Swift Creek have some great ones. If you like ballads, you should definitely check out “Broken Bird” – a truly beautiful song.