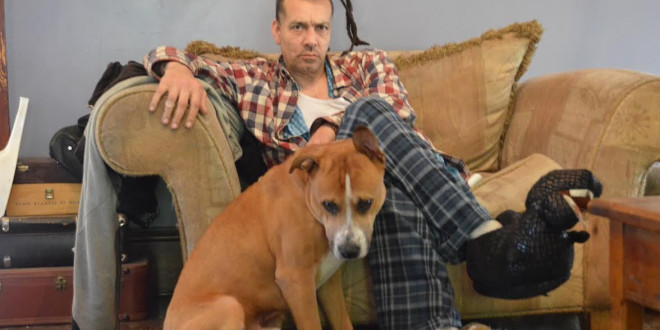 Former Faith No More/Bad Brains vocalist Chuck Mosley has signed a deal with THC : MUSIC who will release the CHUCK MOSLEY (AND THE VUA) LP DEMOS FOR SALE in July through EMP LABEL GROUP/eOne in North America, EMP/SPV in Europe.

DEMOS is a compilation of demos and early mixes from 2009’s WILL RAP OVER HARD ROCK FOR FOOD, that the band compiled as a better representation of their initial vision for the songs.

Says Mosley, “While it was a great record for what it was, and a lot of people love it, Will Rap Over Hard Rock turned into a monster that I let get completely out of control with overdubs, over-production, my live tracks getting redone by God knows who.. Demos for Sale, is a choice version of the LP, before it mutated into Will Rap Over Hard Rock for Food, a little closer to how we wanted it to be – live, dirty and punk rock.. warts and all.”

The LP will release July 8th, on CD and July 22nd in limited edition vinyl LP formats, both of which are available for pre-order now from empmerch.com.

Mosley will hit the road in May, and tour through 2016 on the REINTRODUCE YOURSELF: An Evening with Chuck Mosley tour, an intimate acoustic tour playing a retrospective of songs from his storied career.

Chuck was the vocalist for the seminal FAITH NO MORE album We Care a Lot, and Introduce Yourself.

*= with special guests Opus and Rob Roy of Dead By Wednesday