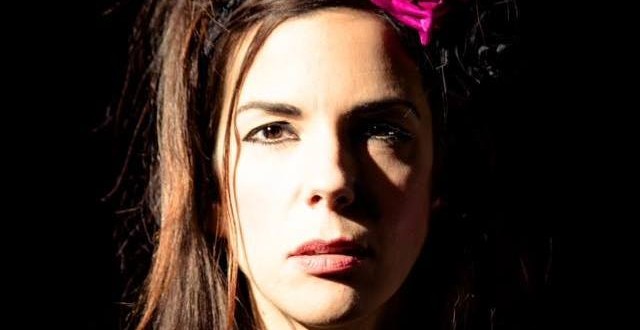 Sarah Borges is back at it again with the release of her EP Good and Dirty. Fans of her previous albums, with her now defunct band The Broken Singles, or as a solo artist will find this new record something to rejoice in as Borges remains on top of her game, writing and singing songs that make it hard to confine her to any one genre.

The first track “Tendency to Riot” starts off with a raw percussion open that hooks listeners right from the first note. Borges sings about being alone and drinking with friends she isn’t even sure she likes at bars. Described as “semi autobiographical” by Paste Magazine, the tune is upbeat which contrasts with the raw lyrics. Borges has never been one to shy away from telling real stories and one has to applaud that in an artist, especially when the story might be one that hurts a bit. It definitely has a rock edge and even some psychedelic elements, showing that Borges is willing to be experimental.

“Caught by the Rain,” which was the leading single, released in 2015, has a gritty soul to it which lends itself nicely to Borges sharp vocals. Bluesy, it feels like a musical bullet grazing the tapestry of sound, Borges in her wheelhouse while still continuing to expand her horizons. Though the lyrics are a little hard to decipher at times it doesn’t take away from the enjoyment of the song, in fact it adds an air of mystery to the tune that only helps to propel the track as one not to be missed. To be honest, it doesn’t matter what Borges is saying, she sells it well enough with her commanding voice that fans will line up to buy whatever she is peddling.

The most classic rock n roll song on the album is “Band Girlfriend.” It has that old fashioned frantic vibe, say something along the lines of Chuck Berry’s “Johnnie B. Goode” or Jerry Lee Lewis “Great Balls of Fire,” but with more modern lyrics that give it a fresh spin. Borges sings about how a band girlfriend is pretty much is the most observant creature of nature, and how she wields her own type of power even if the boys don’t see it. The energy on this track is enough to get any party started, and at under two minutes it packs a walloping punch that will stick in listeners heads for a long time.

“Lucky Us” is the only real ballad on the record and it does not disappoint. It tells a fragile story of a couple who compares their lives with others around them including their friends and neighbors. Never has Borges been more vulnerable in her vocal delivery than on this particular song. It’s the type of track that is so honest and relatable that the emotions just come barreling to the forefront when listened to. Though very different from “Band Girlfriend” genre wise, both are written and produced so superbly that they stand out as the best tracks on the EP.

The only real disappointment on Good and Dirty is the last track “Purple GTO.” It tells the story of a girl who desperately wants a particular car so all the girls can see. A little too simple, and too long (it’s the longest song on the album) it doesn’t quite fit in with the rest of the EP. More suited to something people would line dance to at a bar, Borges does her best with the tune, but even if one has never heard her previous albums, it’s clear that Borges is capable of much more.

Still the EP is solid effort, and will make any Sarah Borges fan happy, and give new listeners something to be happy to discover.