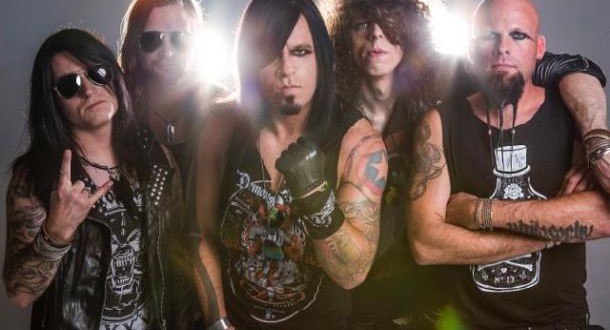 Album Review: Bobaflex – Anything That Moves

In an industry dominated by albums that are carried by one-to-two songs max, it’s refreshing to listen to a record where each track stands on its own. And, if there is one thing hard rockers, Bobaflex do with their seventh album, Anything That Moves—it’s deliver.

Hailing from West Virginia, Bobaflex consists of two modern-day descendants of the McCoy family, à la the infamous Hatfield-McCoy feud: Shaun and Martin McCoy (guitars, vocals). Jymmy Tolland (bass, vocals), Dave Tipple (guitar), and Tommy Johnson (drums) round out the group. Anything That Moves is the mark of a mature band that has come into its own sound characterized by alternating lead vocals combined with three-part choruses and paired with crisp guitar, bass, and drum work.

That isn’t to say that Anything That Moves can’t be compared to other acts or even periods of rock. Indeed, parts of the vocals in “Turn Me On”—an acoustic ode to heartbreak and longing—take on an edge reminiscent of Corey Taylor’s voice toward the end of the Stone Sour single, “Bother.” The anthem, “Mama (Don’t Take My Drugs Away),” on the other hand, feels like heavier 80’s hair metal, and brings the genre’s guitar riffs and fun-loving feel into the present.

Other noteworthy tracks include the second-released single, “A Spider In The Dark” (music video available here). The track starts with an acoustic intro highlighting the McCoy brothers’ vocal range before building into a hard-hitting chorus both bleak and addicting. Lyrics such as, “If you look into my eyes, you’ll see I have no heart / I devour, like a spider in the dark / Can you hear the angels cry as I rip this world apart / I devour like a spider in the dark,” are nearly impossible not to sing along with whether dealing with rush hour traffic, sitting alone at home, or as part of a chanting crowd at one of the group’s many tour dates. Equally powerful are the song’s varied bass line, guitar solo, and crushing drums.

In short, if you’re a fan of hard rock that is diverse, full of thoughtful lyrics, and begging to be played live, give Anything That Moves a listen or better yet, catch Bobaflex on tour (dates available here). You won’t regret it.