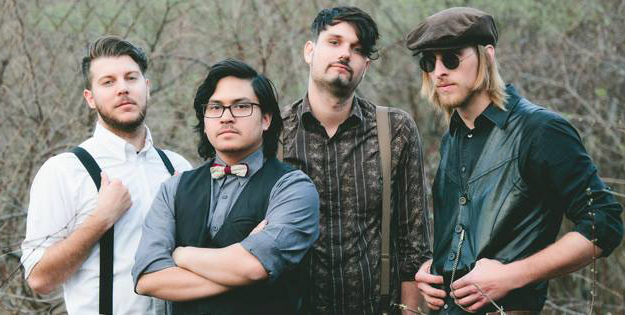 The straw that broke the camel’s back, the final piece to The Prisoner’s Cinema anticipation puzzle, “The Showdown in the Courtroom,” is the last single to drop before FLANNEL MOUTH unleashes their debut full-length to the world!

In this fast-paced track, reminiscent of producer Michael Abiuso’s former band, The Venetia Fair, the four-piece from Peoria, Illinois channeled their inner action-movie score to tell the chapter of The Prisoner’s Cinema in which The Prisoner seizes his opportunity to silence the maniacal, pompous Mr. Black once and for all. “The Showdown in the Courtroom” musically weaves from quick-thinking intimidation, as told in the opening lyrics, “Mr. Black, you’re praying for rain, but the storm is coming too fast,” to Mr. Black’s snarky rebuttal, “You think the love you had was real?” to The Prisoner’s exciting and powerful narration of his murderous actions, “The guards start, but I move too quick, and as your brain shuts down, your body throws a fit.” In just under three minutes, yet another victim falls prey to The Prisoner in this bloody epic.

The allusion to The Venetia Fair is especially fitting, given that Flannel Mouth enlisted the help of singer Benny Santoro to play the part of Mr. Black. “He tried to convince us that his voice wasn’t big enough,” remarked drummer Tyler Owen, but we’ve been fans of his since The Circus [The Venetia Fair’s 2009 album], so we knew he’d nail that part.” Vocalist/songwriter, Luke Myers, continues, “The part wasn’t exactly written with him in mind, but when the opportunity was there, we knew he had to [appear on the song].”

Santoro also appears (as Mr. Black) on “Pleading Insane,” the sixth track on The Prisoner’s Cinema, and is one of three guest vocalists on the record. Track eight, “Dead Man Walking,” features John Clark of Event Horizon, and Lexxii Leigh of Peoria locality.

Fans can pre-order The Prisoner’s Cinema on iTunes and the band’s BigCartel, both of which come with a download of “The Dark Ages” for free.

The Prisoner’s Cinema is slated to be released on March 11th via SwitchBitch Records and is a follow up to the successes of their previous “Pull In Your Horns” EP. These 14 tracks are a sonic whirlwind of Midwestern rock tangled in elements of progressive pop. Flannel Mouth turned to the unmistakably capable hands of label owner Michael Abiuso who is known for his works with Kiss Kiss (Eyeball Records),The Gay Blades (Triple Crown Records), The Venetia Fair and Behind The Curtains Media to produce, mix, and master the album. The band flew Abiuso from New York City to Peoria with a suitcase full of gear, holed themselves up in a vacant office building, built a professional studio, and only paused for a trip to last year’s SXSW. Zachary Hartman, lead instrumentalist (and named as additional production credit), reveals, “We turned the conference room into a live room, the main executive office into a control room/sleeping quarters, and the bathroom into a vocal booth. It was definitely a unique experience.” The lyric video was created by Kirsten Krupps Photography + Design. Listeners can certainly hear a delicate caring and quality to their product; consider it a critical library addition to complement artists such as Johnny Cash, Cursive, The Dear Hunter, Circa Survive, A Lot Like Birds, Foxy Shazam and more!

Flannel Mouth is gearing up to support the new record with a tour to and from SXSW with The Skulx, sponsored by Digital Tour Bus, where they will be playing numerous showcases. “We’ve been fans of Foxy Shazam for a while and were introduced to Cadaver Dogs recently, too,” adds Ryan Batalon, bassist. “Their new stuff is sounding giant and we can’t wait to see what the [live] show is like.” The tour is scheduled to begin March 10th and will conclude with a hometown appearance in Peoria in April. 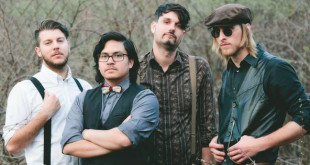 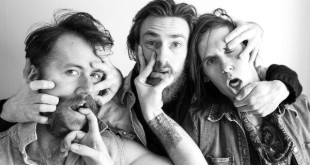