Home / News / Tour / THE SKULX Announce “You Must Experience” Tour 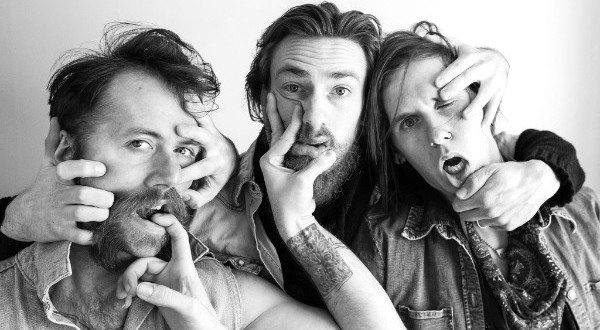 Ohio-bred rock ’n rollers, The Skulx (members of Foxy Shazam and Cadaver Dogs) are headed to SXSW in early March on the You Must Experience tour, hitting a few new cities and states along the way. Stops include Columbus, Nashville, Oklahoma City, and of course, Cincinnati.

Touring alongside the gritty rockers is newcomer, Flannel Mouth (SwitchBitch Records), from Peoria, Illinois. The Midwestern avant-garde group is releasing their debut full-length, The Prisoner’s Cinema, on March 11. “It’s been a dream of ours to be pushing a new record on a tour to South By,” says drummer, Tyler Owen, “but worlds cooler to be hooking up with a band like The Skulx on the way. True nit-and-grit rock ’n roll is art and soul, and they have both in droves.”

The Skulx is touring on the success of their New Years’ gift — a self-titled album, available streaming or on vinyl at Mind Over Matter Records. In the words of Cincinnati’s CityBeat, “The Skulx’s eponymous debut folds the standard blueprint of rock into a giant origami swan, turns it on its head, spray paints it with fluorescent colors, dusts it with powdered sugar, and puts a match to it.” The highly-anticipated, nine-song full-length features special guests from acts including Larry & His Flask, Slash & The Conspirators, Good English, and Bad Rabbits.

The tour is proudly booked by Artery Global, publicized by Behind The Curtains Media who will also be hosting the SXSW showcases with Rocker Stalker, and sponsored by Digital Tour Bus who exclusively announced the tour yesterday [HERE]. DTB will also be hosting a number of exclusive features including contest giveaways, tour blog updates and more, so be sure to frequently check in and take advantage of those opportunities!

The Skulx Biography:
A decade of camaraderie, a century of shared musical influence, a lifetime of commitment to their craft; with The Skulx what’s old is new again, and it’s better than fucking ever. Reuniting some of the finest raw musical talent Ohio has to offer, The Skulx comprises former band mates Alex Nauth, of Foxy Shazam, with Mathew Franklin and Lex Vegas of Cadaver Dogs, and a bevy of colleagues including members of Slash & The Conspirators, Bad Rabbits, Larry & His Flask, to create a dynamic collection of inspired anthems written and recorded in an unstoppable fit of creative energy in the earliest months of 2015 and due for release later this year on Mind Over Matter Records. Soaring, searing, soulful, surreal – The Skulx is. You ain’t.