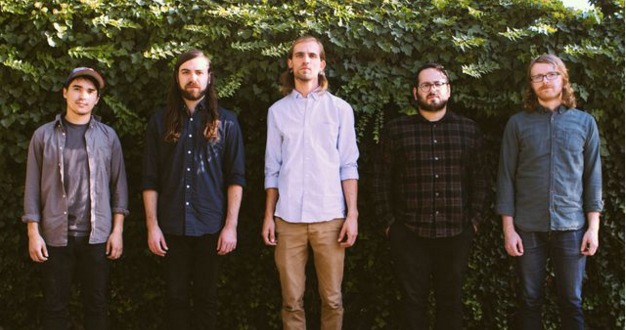 New Jersey post-rock/alternative band Gates has premiered a new song called “Captive” today at AVClub.com. The track is featured on a split record with Matt Pryor that will be released by Overdue Collection Agency on Friday, February 26th and can be pre-ordered/purchased digitally at iTunes and on limited edition vinyl.

Overdue Collection Agency is celebrating its new status as a 501(c)(3) charitable organization and has teamed up with Gates and Pryor to produce the split 7”. The split is titled Burn Bright Vol. 1, and will be the first release of original material from the label. In addition, 50% of the profits from this release will benefit charitable organizations that support survivors of sexual assault, The East Los Angeles Women’s Center and RAINN.

Gates’ contribution to the split record is a stunning song called “Captive,” which is an unreleased b-side from their critically heralded full-length album Bloom & Breathe (available now from Pure Noise Records).

““Captive” was one of our favorite songs from the Bloom & Breathe recording sessions, and we thought it stood so well on it’s own that we ultimately decided to leave it off the album to present in another project,” says vocalist/guitarist Kevin Dye. “When Michael from Overdue Collection reached out about doing a charity split with Matt Pryor, we knew it was the right placement for the track.”

“In addition to working with a label dedicated to quality vinyl releases, we’re proud to be supporting charities focused on survivors of sexual assault with a portion of the profits for this release,” Dye adds. “This cause is extremely important and we urge you to look into these organizations and donate further in any way you can.”

Additionally, Pryor has contributed two tracks, “My Own Reflection” and “Brake Lines,” to Burn Bright Vol. 1. His latest release is the live album Nine Forty Live, and fans can catch him in concert with Chris Conley and Andy Jackson on the tail end of his current tour. Get tickets here.

Burn Bright Vol. 1 will be available in 5 vinyl variants in total. 3 are exclusive to Overdue Collection Agency’s webstore. Gates and Pryor have their own unique versions, which will be available on their respective tours.

Fans can catch Gates on tour with Thrice and La Dispute in June. Tickets are on sale now.