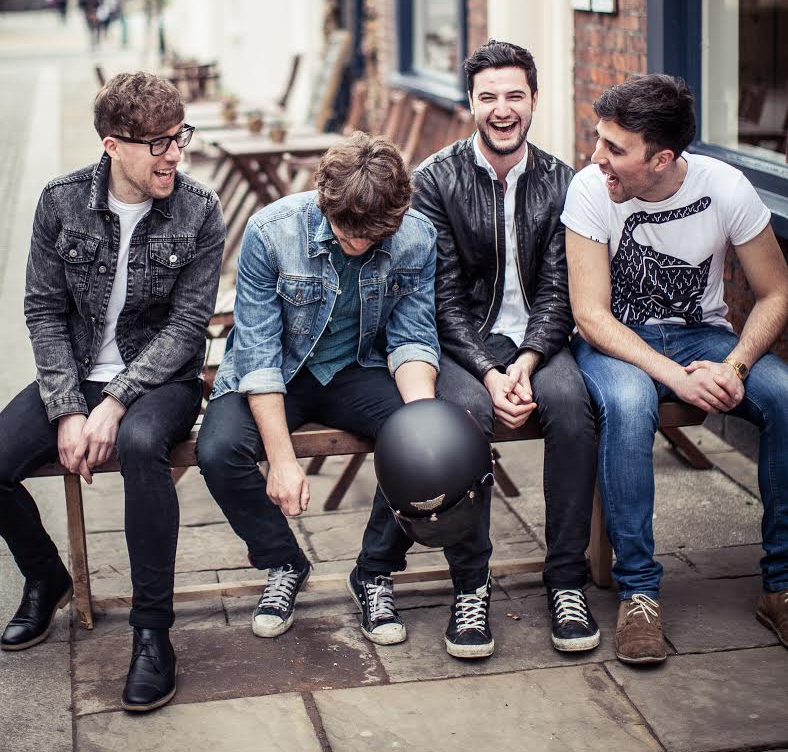 Alvarez Kings to Join Melanie Martinez on Full US Tour!

Progressive indie pop act Alvarez Kings are continually breaking barriers with their dynamic musicianship. Having just released an enchanting live session video to showcase their musical diversity and complement 2015’s Fear To Feel EP (Sire/Warner), the Warped Tour alumni are ready to once again take their hypnotic tunes on the road.

Alvarez Kings are thrilled to announce a full US run with Melanie Martinez! First seen on season 3 of The Voice, her signature raspy vocals and dramatic style have led Martinez to find success with Atlantic Records and the release of her debut album, Cry Baby. The smooth and bewitching music of Alvarez Kings serves as the perfect counterpart to the theatricality of Martinez, making this a run to remember. The Cry Baby Tour kicks off February 20th in Seattle and continues to travel across the country hitting major cities such as Los Angeles, Chicago, and New York.

The band will follow their upcoming US run with string of UK dates alongside PVRIS in April. Head over to alvarezkings.com for more details!

Alvarez Kings’story starts from their humble roots in South Yorkshire. Rising to popularity quickly the band would go on to sell out hometown shows, selling out of their first two releases and culminating in their single “No Resolve”being named Single of The Year by BBC Radio as well as coveting local awards including Best Band and Best EP.

With a foot hold in their native country, ambitions were set further afield in the UK which resulted in festival slots at Isle of Wight and O2 Wireless and sold out shows in many of London’s famous venues including KOKO and The 100 Club to name a few.

Naturally, Alvarez Kings spread their music across the shores with successful tours of Europe – one supporting Echosmith – a three week tour of Canada and industry showcases at SXSW and CMJ in Texas and New York. This presented the band the opportunity to play a mammoth 40 date tour in the US – the infamous Vans Warped Tour – taking in 26 States and garnering them rave nationwide press reviews and a firm, dedicated fanbase. In fact Kevin Lyman – the festival owner – was so impressed with the band he invited them to perform Warped UK at the world famous Alexandra Palace in London and play the  whole US tour again in 2015.

2015 has become the year that all the bands hard work and dedication finally paid off. They signed a major record deal with Warner Bros / Sire Records. Their debut release on the label was the EP Fear To Feel, which marked a change in direction from the bands typical indie-rock sound. The sound has become bigger, maintaining Pop sensibilities at its core.

With more tours to announce in the near future and singles to be released over the coming months the future looks ever brighter for brothers Simon and Paul Thompson, Richard Walker and Sean Parkin.