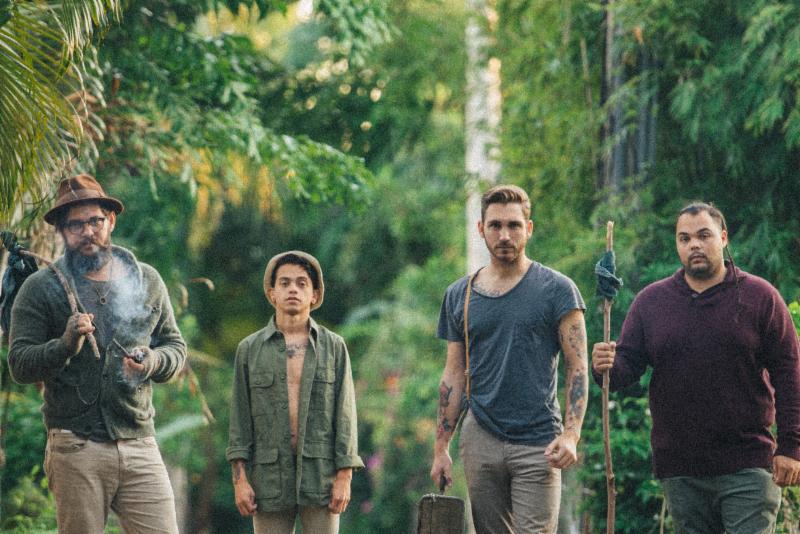 Fort Lauderdale’s eclectic folk-influenced indie-rock band KIDS (for fans of Mumford and Sons, Copeland) has teamed up with RELEVANT Magazine for a Christmas Compilation album to ring in the holiday season. Today, the band and RELEVANT Magazine have unveiled KIDS’ hauntingly infectious rendition of the old 1800s hymn, “In The Bleak Midwinter,” as part of the magazine’s yearly “A Very RELEVANT Christmas” compilation, which can be streamed here.

When producing “In The Bleak Midwinter,” KIDS wanted to capture traditional sounds of Christmas. They aimed to make it sonically relevant with a traditional Christmas feel, while incorporating the band’s iconic cinematic qualities that has shaped their uniquely eclectic sound. In a statement by singer, Joshua Diaz:

“The song is littered with harmonies that we wanted to bring the feeling of carolers at your front door, ‘Drummer Boy’ style hand percussion playfully trading each possible available beat, shrill sounding acoustics reminiscent of winter mountain music, 80’s Wurlitzer pedal organ (added to give a reminiscent texture that reminded us of the old claymation Christmas stories watched as kids, like Rudolf, and Davie and Goliath); and even an original bridge arrangement that was written to sound like a mystic dark winter setting. After writing the bridge, it actually started to remind us of the eerie, mystical, anxious Christmas feeling you get while watching the film Christmas Express; and then climaxing with group harmonies aimed to bring a similar hopeful feeling that the Home Alone composition accomplished so beautifully.

These are just some of the things we hear when we listen to this arrangement. But ultimately, we just wanted to get in the spirit with everyone, and give a little early Christmas gift from us to our friends/fans. We hope this track is as much of a blessing to you and yours, as it was to us in the studio. Merry Christmas.” – Joshua Diaz, KIDS

Head to RELEVANT Magazine today to listen to KIDS’ holiday single “In The Bleak Midwinter” or stream on Soundcloud here. Follow KIDS on social media for updates, performances, and new projects unveiling soon.

“Employing a writing style built in pop structure with an indie/folk jacket that wears its heart on its sleeve, Kids implore the listener to not simply reminisce on the fonder days of childhood, but to resuscitate its spontaneity and emotional depth.” – The Huffington Post

“Fort Lauderdale-based quartet KIDS seem to be right on the cusp of breaking through.” – EARMILK

“[Rich Coast] has to be one of the most perfect albums of 2015.” – Infectious Magazine

KIDS is an eclectic indie-rock band from Ft. Lauderdale, FL formed in 2012 by Joshua Diaz (lead vocals, bass), Josiah Sampson (guitar), Christian Gonzalez (guitar), and Matthew Barrios (drums). The band’s moniker derives from a Picasso quote “All children are artists, the problem is how to remain an artist once he grows up,” a message of keeping true to the dreams of your youth. Translating the emotions of adventure and ambition, KIDS developed an authentic indie-rock sound that takes the listener to another world. The intuitively creative band delivers majestic, hook-filled sounds with a variety of rare and distinctive instruments such as Gϋseng, Shruti Box, Zither, Melodica, Casinets, Hammer Dulcimer, Ukeline, Banjo and more. KIDS blend the finer aspects of indie, alternative, folk, and pop music paired with emotionally driven lyrics that let the audience feel the spontaneity, uncertainty, fear, and excitement of youth.

On stage, KIDS delivers an energetic live performance that never fails to engage the audience in singing and dancing along. They have shared the stage with bands such as Copeland, Parachutes, Go Radio, and The Rocket Summer. KIDS’ enchanting performances made a lasting impression at Florida Music Festival, and also when they shared the stage with Surfer Blood and The Neighbourhood at Coastline Festival in 2014. This year, the band co-headlined Fort Lauderdale’s first For The Love Music Festival along with Copeland, Civilian, Corey James Bost and 30+ emerging artists.

In 2013, KIDS released their breakout EP Sink or Swim with a music video for the title track “Sink or Swim” produced by C&I Studios in Fort Lauderdale and KIDS themselves. In 2014, KIDS and C&I Studios collaborated again to produce a series of album trailers announcing their debut full-length Rich Coast as well as the nostalgic music video for “Second Star On The Right,” which premiered exclusively on EARMILK.

In January 2015, KIDS released Rich Coast, streaming the album in it’s entirety exclusively on The Huffington Post. Their single “Sunshine” was also featured on national TV in the trailer for the award-winning film “Woman In Gold” (ft. Ryan Reynolds and Helen Mirren). The album was artfully created while the band was camping and hiking the Appalachian Trail.

Inspired by the thrills of nature and the antiquities of silent films, Rich Coast is filled with gut-wrenching lyrics and theatrical imagery that gives the album an otherworldly picturesque feel. The band finds their signature voice in this record by adding a vintage cinematic edge to their pop-indie style songwriting. KIDS is proving that they’re not just an indie-rock band, they’re an all-inclusive musical experience. Follow KIDS on social media for updates, tour info, and more enchanting music videos and content coming soon.

Tags In The Bleak Midwinter KIDS 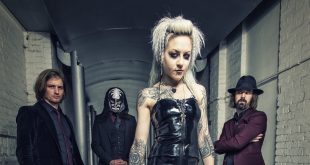