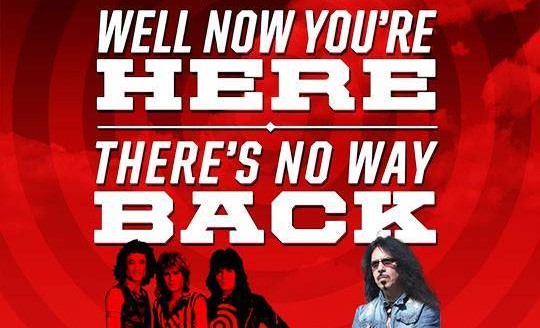 “QUIET RIOT: Well Now You are Here, Theres No Way Back” Documentary out on DVD 11/19

The Year’s Funniest Heartbreaking Rock Doc
“QUIET RIOT: WELL NOW YOU’RE HERE, THERE’S NO WAY BACK” RELEASES ON DVD ON NOVEMBER 19 WITH OVER AN HOUR OF BONUS FEATURES

Following its screening at the 2015 Cannes Film Festival, “QUIET RIOT: Well Now You’re Here, There’s No Way Back”, the year’s funniest heartbreaking rock documentary about the seminal heavy-metal band Quiet Riot, releases on DVD on Thursday, November 19 and contains over an hour of bonus features. The first 500 pre-orders of the award-winning documentary will receive an autographed copy signed by Quiet Riot drummer Frankie Banali and director Regina Russell. The film is also available via streaming, video-on-demand with an hour of bonus features, deleted scenes and extended interviews. For more information visit www.QuietRiotMovie.com.

The funny, inspiring and surprisingly relatable documentary chronicles the rise, fall and resurrection of ‘80s metal band Quiet Riot. The film covers the entire 35 year history of the band but the true heart of the film is the surprisingly personal account of coping with the loss of  friend. At times both utterly tragic and downright hilarious, like an outtake from “Spinal Tap”, the film follows Frankie’s journey through the emotional feat of trying to fill the void left by his singer and best friend. He faces a crossroads in his life and finds himself talking to former Quiet Riot bassist Rudy Sarzo who said, “If you don’t carry on the legacy of your friend, nobody else will.”

The 104-minute character-driven documentary looks beyond the guts and glory of the common getting-the-band-back-together tale. “QUIET RIOT: Well Now You’re Here, There’s No Way Back” reveals an unforgettable man who uses ambition, relentless determination and principle to navigate through the obstacles that attempt to control his fate.

Quiet Riot made history when they topped the Billboard Album Chart in 1983 with the first #1 heavy-metal album, “Metal Health”, that sold more than 10 million copies worldwide. This paved the way for bands from Motley Crue to Poison and turned the 80s into the decade of heavy-metal rock.

“When Frankie told me he was planning to meet with Kevin DuBrow’s mother to get her blessing to go on with the band and find a new singer, I thought this would be an extraordinary story for a documentary,” explains director and producer Regina Russell. Regina gained access to the private video and photo archives of the band. She followed Frankie for four years and interviewed many of the integral characters in the band’s history. 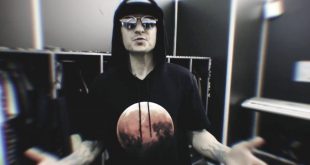 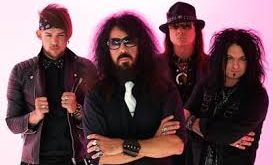 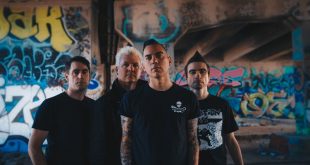