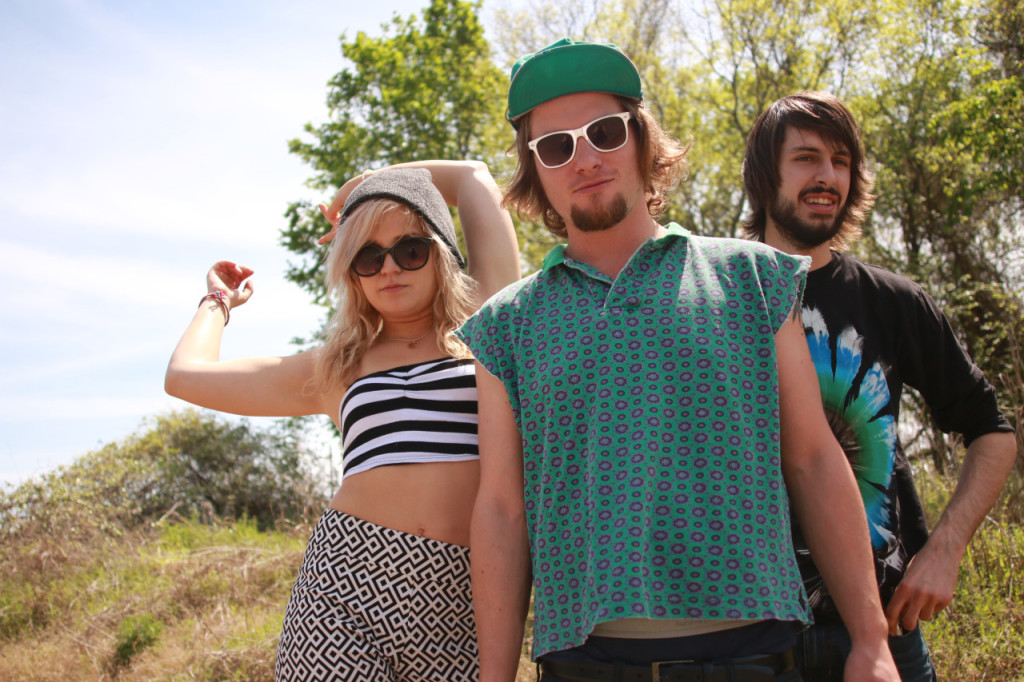 Purple, whose sound “hits you like a bolt of lightning shot out of a Jim Beam bottle with a thunderclap punk rock chaser” (Phoenix New Times) are back and hell bent on following-up their critically-acclaimed debut album (409). The Beaumont, Texas band that NPR’s All Songs Considered promised to “follow to the end of the Earth” partnered with Nerdist to release the tongue in cheek new video for “Mini Van”, the first glimpse of music from the band since they entered the studios to record their sophomore album.

“Mini Van” will appear on a limited edition 7-inch, available only through the band’s pledge music page. Purple will offer other unique items and experiences, such as online drum lessons, signed drum sticks and drum heads, one-of-a-kind bikini tops made by front-woman/drummer Hanna Brewer, one-of-a-kind guitar pedals made by guitarist /vocalist Taylor Busby, and a house concert at a fan’s home.

In November, Purple will return to the road, bringing their full-tilt and animated live show through the heart of the Midwest. Those dates can be found below.

Purple are a sardonic pack of outsider school kids who went on to be the coolest kids in their home of Beaumont, Texas. The ambitious trio have rode their unapologetic, grit-spitting party-rock style to win the praise from NPR, Entertainment Weekly, Flavorwire, Bitch and Boxx Magazine. A ruthless mix of femme-punk, indie rock and grunge, Purple flash glimpses of Bikini Kill, No Doubt, Andrew W.K. and Yeah Yeah Yeahs in their ferocious sound as the vow to leave no stage undestroyed during their frenzied trek towards world domination.