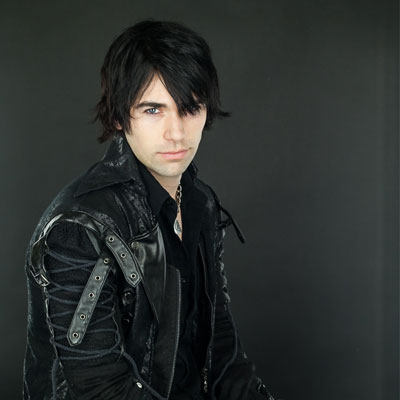 (Oslo, Norway) Stocked full of hooks and a jovial playing style that never lets it’s guard down, to melodies which linger long after the playing has passed, Endless Blue by artist VITNE (Joseph Kimbrell) provides 6 buoyant and inventive tracks which play like new adventures, yet approaches them like old friends you feel you’ve known for a long time. This latest release pleasantly embraces the ears and is in a league all by itself with an elite spirit of eagerness and vibrancy. The unique melodies soak every accomplished note from the beginning of Track 1 “Rain of Hope” through to climactic end of Tack 6 “The Ocean.” To me it offers many musical familiarities, wearing those inspirations proudly on its sleeve showcasing eclectic musical influences hinged on impressive musicianship and a unique signature sound. Case in point: This is one of the most original sounding artists I’ve heard in quite some time. I can hear traces of Broken Bells, Kaiser Chiefs, Todd Rundgren, Utopia, Tim Reynolds, Connells, and Bela Fleck and the Flecktones. Mostly they sound like a 70’s English style rock to me. It’s fair to say that the CD does not come down from the high of Track 2 “Endless Blue” and keeps you in a good, light hearted mood throughout.

Though it certainly provides a consistent balance of genres listed above. As the EP slowly advances the melodies, addictive hooks return sporadically from time to time with a beckoning potency far away from the mediocre mainstream. Bottom line: there’s something much more tangible about this release compared to most of the CD’s that slide across my desk this year – seems very pure, very genuine. All tracks emerge from a modest sonic web producing much in the way of thick bass lines, flute, jumpy vocals, rock solid rhythm guitar, amazing solo guitar, earthy yet thick thymes and consistent Bass. The instruments, and subsequent meticulous movements provided by this experienced composer will leave their mark on you instinctually and inspire the imagination. VITNE’s voice does not jump out but has a modest quality which defines itself and work well within the setting of each piece. His mesmerizing baritone coupled with the acoustical exuberance paints you an impressive picture upon a virulent musical canvas.

My favorite track is probably a toss-up between “Endless Blue” and “Misery.” “Serenity” is another interminably seductive piece offering waning poetic ambience and sure musical direction. Though maybe this is one song which fails to linger and return like the others, but is a stark, riveting tidbit nonetheless.

VITNE’s latest EP “Endless Blue” is a good listen any way you slice it. It’s a ripe musical invitation into the world of a red hot songwriter from an Ocean away from us. At the least it will satisfy many, thus filling the void left by millions of band who cannot dive this deep – not even close. This outlier style of music is not only mastered by VITNE, it also deserves a much wider and attentive audience to say the least.