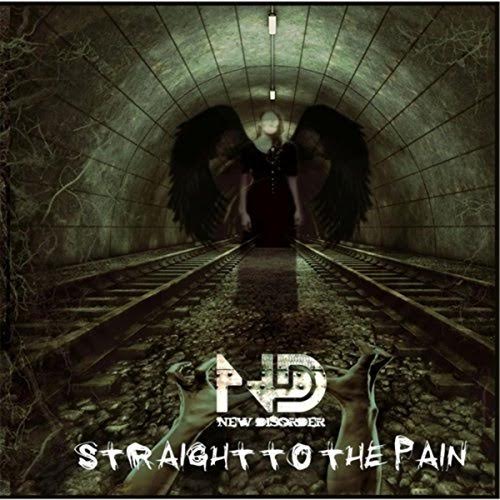 NEW DISORDER to Release New Album “Straight To The Pain” this Friday, September 18 via MVD

Five-piece alternative metal band NEW DISORDER have been working tirelessly and touring internationally to promote their brand new upcoming full-length release, Straight To The Pain, hitting stores in North America this Friday, September 18th via MVD in North America. Fans can pre-order the album digitally via iTunes and Amazon and physically via MVD.
Today, the band has revealed a brand new music video for the single “A Senseless Tragedy (Bloodstreams)”, directed by Paul Sciò, via their YouTube page. Watch it here:

In a group statement, the band says, “We are so very excited to present fans with our new video! The song we have chosen for the video, “A Senseless Tragedy (Bloodstreams)” has one of the catchiest choruses we’ve ever written and direct, biting lyrics. It takes free inspiration from current events we often read about in the newspaper nowadays.

We love introducing the song in this way: ‘When dreams and nightmares collide, things have no sense anymore, and love can be close to hate and joy turns into pain. Now, sit down and be the beholder of the movie of your life’

The video features some of our personal musician friends as actors… and we even have our children acting in the video, too! Ivano’s daughter and Valerio, the son of the two protagonists, Andrej Surace and Francesca Di Ventura of the band Heretic’s Dream, and also Alessio Secondini Morelli of Graal, who plays the boss of the office.”

You can check out another track video for “Never To Late To Die” here:

Formed in 2009, NEW DISORDER features an outstanding mix of rock, metal and punk genres flowing in a unique, solid sound, made by fast drumming, powerful guitar riffs and catchy melodies. In 2011, the band released the self-produced debut albumTotal Brain Format, which garnered positive reviews and eventually secured radio airplay in addition to countless live gigs. In March 2013, NEW DISORDER released their second full-length album Dissociety via Revalve Records, which saw distribution in Europe, USA, Canada and Japan. The band joined up for their first European tour in June 2013 and later that year renewed their line-up with new guitarists and new rhythm section. In 2014, the band signed new record deals with MVD in North American and Agoge Records internationally. The band will tour internationally in the coming months.