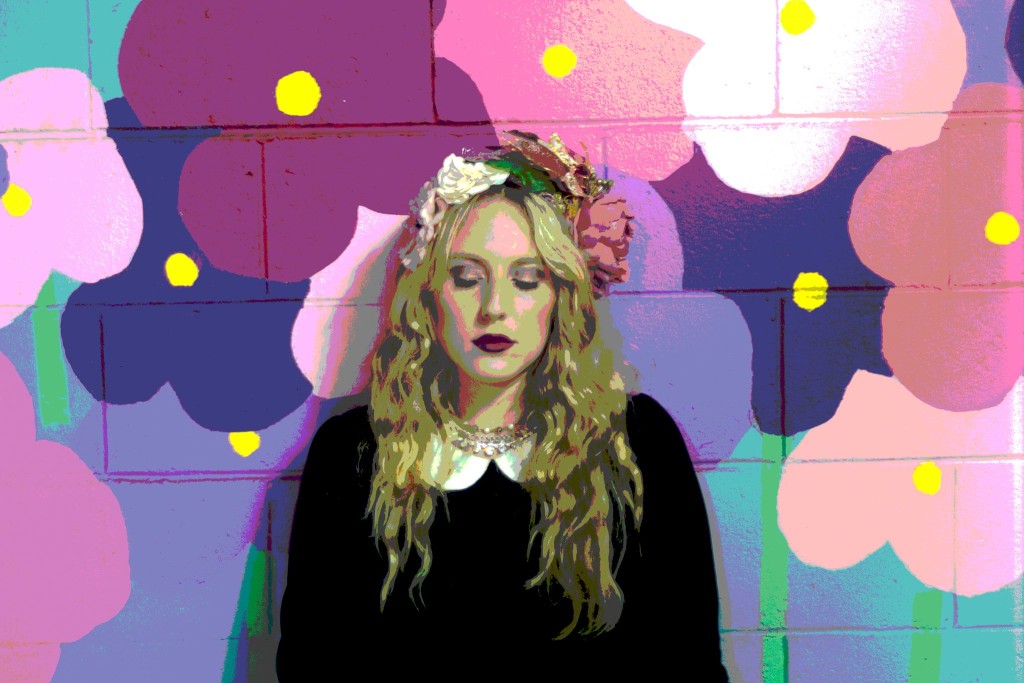 Emily Gold fronts a quartet and leads her troops into battle like an experienced general who isn’t afraid of what lurks beyond the frontlines. She has a commanding presence; an aura to her voice and image that make her memorable from the very first song of her new disc Recluse. This is music for travelers, adventures willing to make that rocky climb to the Holy Grail of audio riches. While an overshadowing arc plays out through the songs, each cut is different and brings varying components to its alchemical table for a mercurial sound that leaves you guessing as to what’s lurking around the bend.
There isn’t a set path for the album and feels almost disjointed at times, but the more you listen, the more everything starts coming together and delivering those “Aha” moments that good music is so capable of. The auspicious opener “Drowning” is so quiet and hushed that it barely registers as actual music; just sit back and enjoy Gold’s Earthy vocals as they float above minimally notated guitar licks, a repetitive bass n’ drum trot and towers of obtuse texturing. The title track toys with a traditional rock format as it features riffs, verses and choruses that see Emily bend her voice to the point of nearly cracking it. It’s not heavy metal for God’s sake, but it’s a ballsy little rocker with some stark indie auteur work making it tick and entice. “Cyanide Lollipop” is also on the rock tip with guitarist/producer/engineer Dave Burris providing both acoustic and electric licks that brush shoulders with the anchored rhythms and Gold’s snotty vocals expulsions.

“Love Moves” boils the atmospherics down to a bubbling simmer. It’s steeped in blues and soul with vocals that are so lowdown and embracing a storyteller vibe that they almost outshine her band’s diligent work. The bass lines cut through with gusto and the sparsity of the drums only emphasize the importance of the beat at work. Removing the soul elements, “Not from Here” is more akin to “Drowning’s” rainy day, sky high drama with snippets of guitar melodies bolstered by bass bumps and spaced-out drum beats. “Out of Touch” is strikingly upbeat, a rarity on Recluse, the good time rhythms and highly melodic guitars conjuring up what could manifest as an FM radio invasion if the proper DJ gets their mitts on the record. The album meanders into a beautiful, smoked-out, THC baked haze in the second half where tracks like “Shadow,” “Dizzy (Let Go)” and the majestic “Intangible” dig deep into their sounds for a layered experience like none other. “Retrofitting” feels like it’s missing something, although “For the Night” has a glacial, indie first half that turns into rip-roaring, fire-snorting rock as it comes to a close.

If you are up for a journey, then this is the album to take with you. It leaves the destination up to the listener and whatever thought patterns that form in your mind while listening is where you’ll end up. The overall experience is rarely hampered, although a couple of tracks could have used more planning. Still, this is a great album… yes, an actual album with a path that you’ll want to follow the whole way!

Previous Made In America 2015 Festival Day 2: The Weeknd, J. Cole, Big Sean and more
Next NEW DISORDER to Release New Album “Straight To The Pain” this Friday, September 18 via MVD

If there’s ever an award for the most intriguing, thought-provoking song titles, John Vento would …