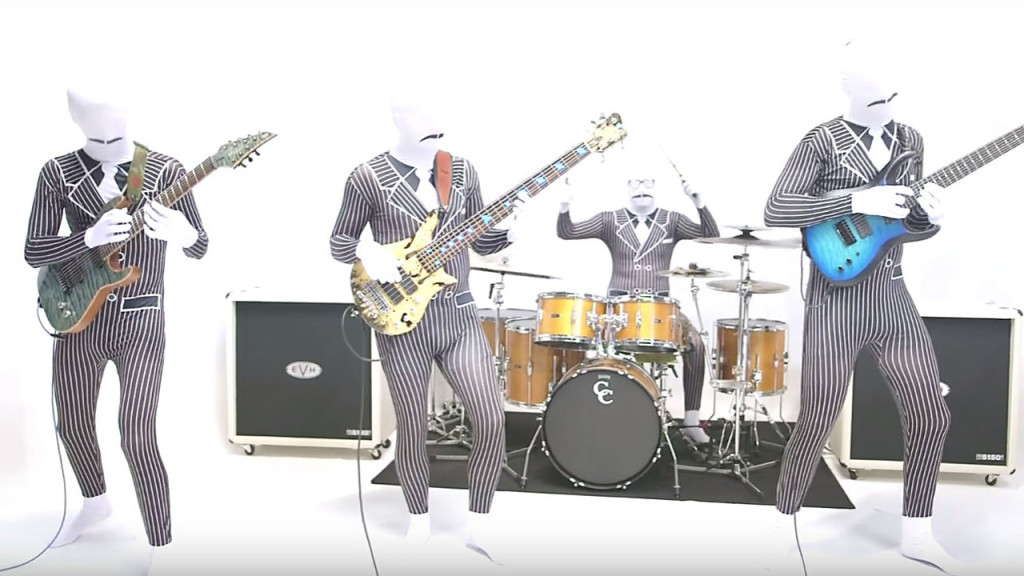 Instrumental progressive metal outfit Scale The Summit have teamed up with PROG Magazine to debut the music video for the group’s shred-tastic new song, “Blue Sun,” taken from their new album V (due Sept 18). You can watch the video on PROG’s website now or check the Youtube stream below.

“People have always wanted STS to go crazy with shredding, and we finally catered to that demand on this song. I consider this the album’s ‘epic’ song. It has some of my favorite parts of the whole record. We’re really tapping into ‘prog-metal goodness’ on this one!” says bassist Mark Michell.

Lauded as “one of the best instrumental albums of 2015” (Metal Injection), Scale The Summit’s forthcoming effort V expertly showcases the band’s definite sound over 10 beguiling tracks. Mixed and mastered once again by Jamie King (BTBAM, The Contortionist), with whom the band also worked on their 2013 The Migration (which Alternative Press described as “post-rock at its most melodic and dynamic best”), the album also features the addition of J.C. Bryant on drums. The band was most recently seen at Houston’s Free Press Festival and have also recently toured along acts including Yes, Intronaut, Tesseract and The Ocean, to name a few.

Guitarist Chris Letchford will be returning to his alma mater, Hollywood’s Musicians Institute, to perform a clinic for current students and alumni later this week in addition to making a special appearance at More Than A Cone Charity Art Festival in Los Angeles to raise money for animal rights. More details on both events can be found here.

V is now available for pre-order on CD and LP (including black, white and clear vinyl options) at http://www.prostheticrecords.com/scalethesummit. Digital pre-orders, which include instant downloads of “Blue Sun” in addition to new songs “Stolas” and “Kestrel,” are also available via iTunes, Bandcamp and Amazon.

Previous Monarks Confirm Release of EP “The End”
Next Vinyl Station at Peabody Opera House in St. Louis, MO on 9.4.15