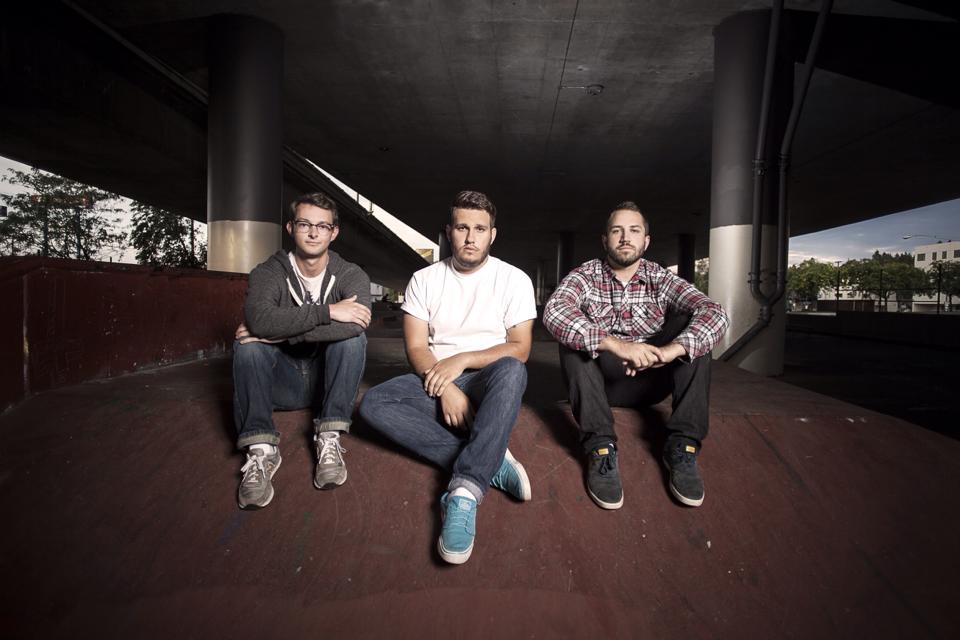 With lyrics and melodies that take you away to the Pacific Northwest, Boat Race Weekend makes their way onto the scene with the release of The Talisman, which dropped earlier this year in March. Featuring a high energy mixed with incredibly heartfelt lyrics, the trio is out to prove that pop-punk is not dead.

Boat Race Weekend is a three-piece pop-punk band out of Washington state, formed by childhood friends Evan Kruschke (guitar and vocals), Collin Price (bass), and Jayson Orth (drums). The band is heavily influenced by The Wonder Years, Blink-182, and Brand New, and they waste no time in grabbing the listener’s attention with their catchy riffs and profound lyrics. The trio has performed at venues all throughout the Pacific Northwest, opening for acts such as Quiet Company, Randy Hansen, and Heart by Heart.

The Talisman opens up with “Prologue,” a soft piano number that leads into “The Welcoming.” In this track about waiting for a reciprocation of devotion, the vocalist immediately reminds me of Counting Crows‘ vocalist, Adam Duritz. The album’s single, “Beautiful Days,” brings on a more cheerful melody right off the bat. The lyrics touch on their Northwestern roots, and it feels like an incredibly sentimental track. Boat Race Weekend shows their Blink-182 influence in the next song, “Chin Up.” It has that infectious pop-punk feel with lyrics that capture the feeling of fighting just to keep your head above water while yelling your defiance against the entire world. “Beauty in the Brokenness” opens up with the desire to have someone open up and talk about their scars and the painful stories behind each one. This song will hold a deep personal meaning with many listeners, and Kruschke seems to feel the same way as he chants “Stay the course / and you’ll find your way / Set your sails to the North / and you’ll be okay.” A soft and melancholy intro leads us into “A Day At a Time,” where the band unleashes some incredible power and emotion, creating an anthem about taking things “a day at a time” to begin living your life. “No More” is a melodically stark contrast to “A Day At a Time,” but the lyrics feel a bit like a back-story, as they touch on the struggles of learning how to get over addiction. “Choke” is likely the heaviest track on the album, with some truly desperate lyrics. Mothers are some of the most loving people in our lives, eternally steadfast and true to their children, and Boat Race Weekend captures that sentiment perfectly in “Thank You.” The acoustic number, “Dead Eyes,” closes out The Talisman with haunting melodies and lyrics about being so depressed and worn down that you’re just dead in your soul.

After having this emotional rollercoaster of an album on repeat for who knows how long, I can’t recommend this one enough to fans of the pop-punk genre. The Talisman is available on iTunes, but you can also stream it on Soundcloud and Spotify. Be sure to keep your eyes peeled this fall as Boat Race Weekend gears up to release a series of live performance videos done at Robert Lang Studios.